Thank you for reading my year end round up. I am still thinking about 2018 but in the meantime, holiday hours at home have helped me produce this gossamer beauty.

This yarn is called Winter Rainbow. I have been stroking it and admiring it since August. It is a 'single' meaning the dyer only made one which enables it to be sold more cheaply rather than a yarn dyed in multiples that can be bought to make bigger items. I think £16 is an awesome price for such loveliness...and I chose it! 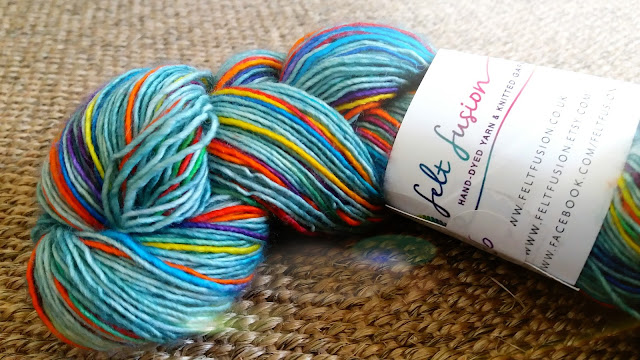 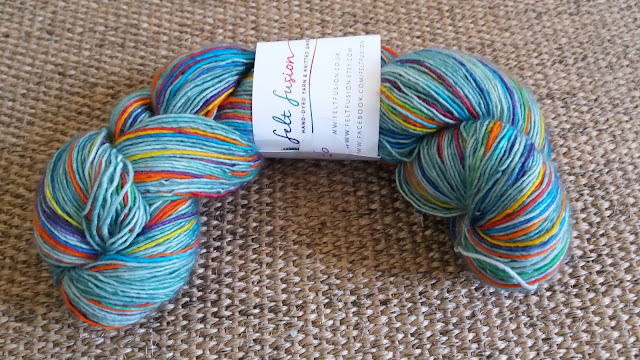 I broke my stash diet embargo at the Shrewsbury Folk festival to buy it from a lovely lady at felt fusion. The hunt was on to find a one skein wonder pattern and I chose to knit One and Done from Casapinka on Ravelry. It will showcase the beautiful fusion of rainbow colours but will probably be more of a Spring item than a cosy winter wrap. 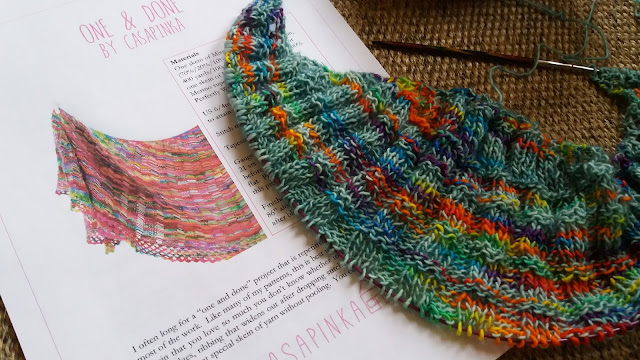 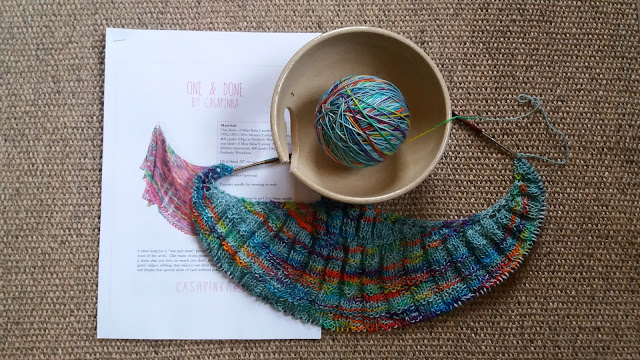 I cast on and looked forward to some restorative knitting. All in all it took me about two weeks of evening knitting. The rows got so long eventually that I could only do about three a night but I tried to 'knit in the moment' and enjoy the process. 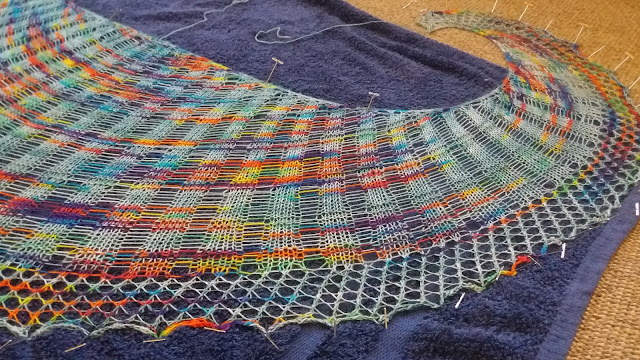 From the bunched up knitting on my needles, I came to the end of the border row. The pattern called for 400m and my skein was 366m so I did a few less rows of the rib section. In the end, there was plenty left over but with the cast off row taking me a full two hours I did not want to play chicken. Andy came into the room after I had blocked it and said 'Wow! it gone from a lumpy caterpillar into a beautiful butterfly' 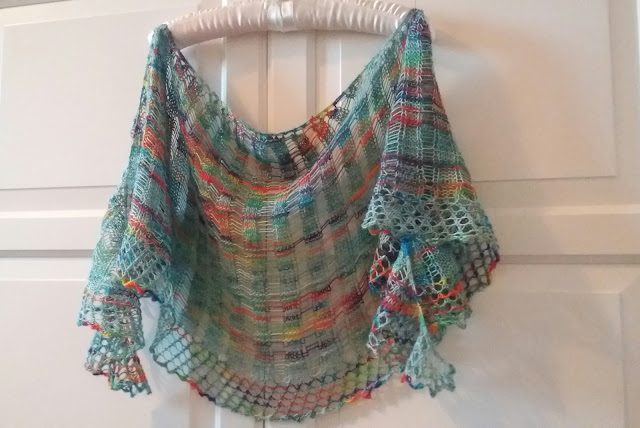 The pattern is well worth the purchase. The only muddy area was the picot cast off which I did but my bobbles appeared a little small so maybe I didn't do that quite right but at least it was a good stretchy bind off. 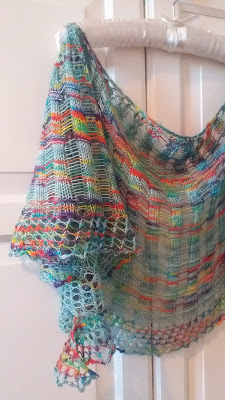 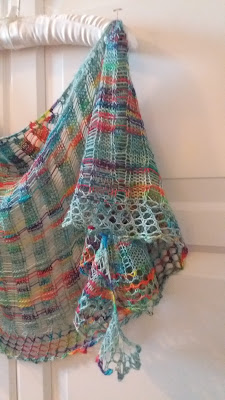 The ends have a beautiful drape with a cobweb quality. Wet blocking is essential to gain this effect. 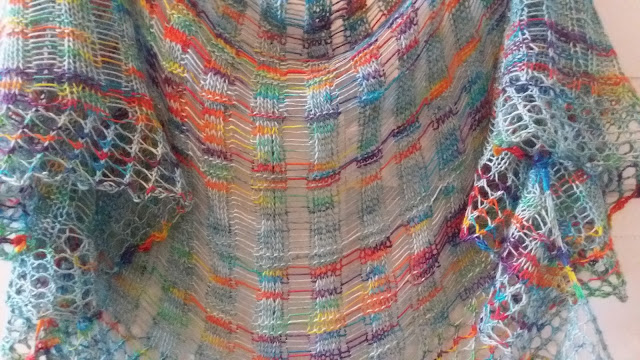 The drop stitch section is immensely satisfying. You drop a stitch and then run it all the way back to the knit edge. This means the knitting unfurls and creates the fan shape before your very eyes. It was like magic. A fluffy yarn would have been a nuisance but this merino silk mix was just perfect. 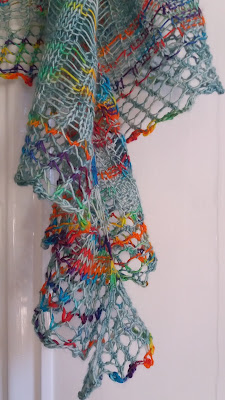 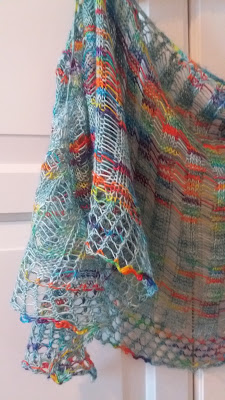 I am going to wear it in the summer with my white linen top. 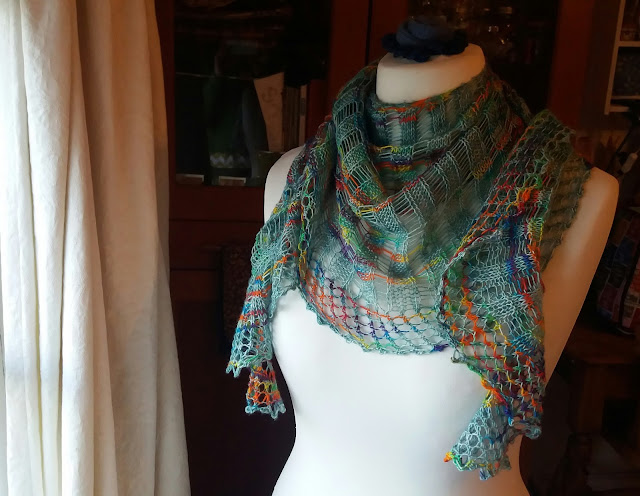 This is how I like to wear my shawls but the image below shows the yarn off with aplomb. 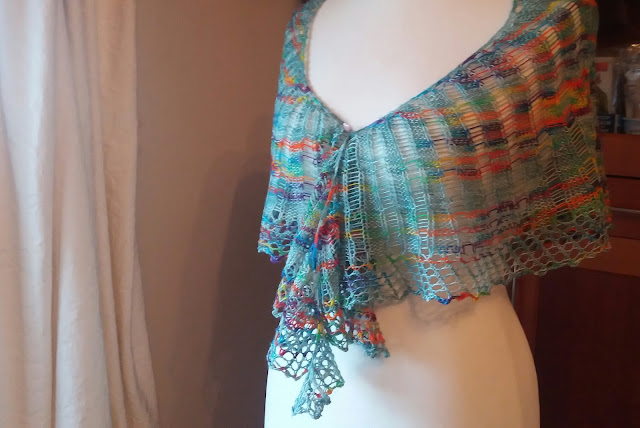 I LOVE this shawl. It is called One & Done but seriously, I could knit ten of them. 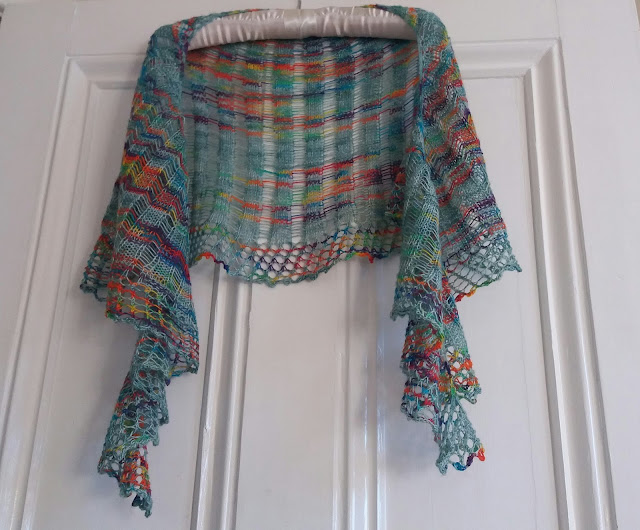 I will no longer be frightened of buying that special skein of yarn in an independent wool shop now that I know I will always have the perfect pattern to enjoy knitting them with. Thank you for encouraging me to treat myself and use my best merino.