My postage stamp quilt deserved some attention. I made 4 blocks in December 2018 and have done a lot of cutting out since. I made another block in March but because of the sewing break in the project, the last one came up a bit small. My seam allowances were not the same as the previous ones it turned out. 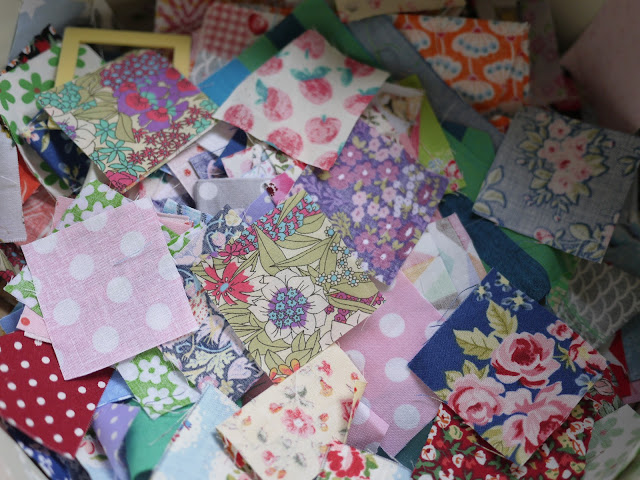 I follow a blog called stitched in Colour and she calls little scraps of fabric which you can cut these squares 'crumbs' which I really like. I have a lot of crumbs. 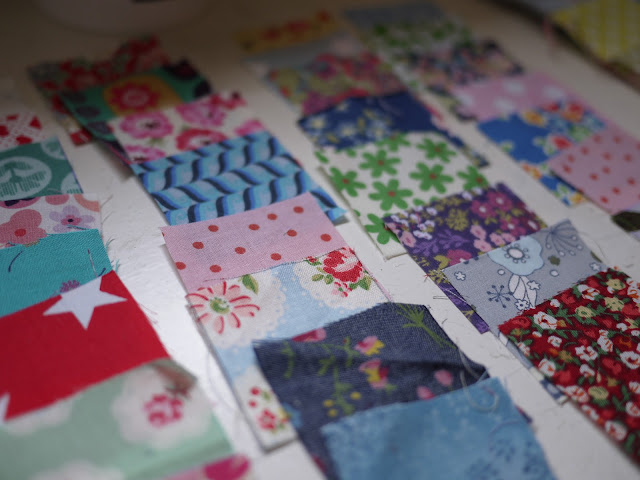 To remedy this, I purchased a 1/4" seam foot. I had a quiet Easter Holiday morning and decided to relax and sew a few blocks. This time my two blocks came up bigger than the originals but at least they were the same size. I have decided to jettison the first four (they will probably turn into cushions) and stick with the ones I have now. At least I can be sure that if I use the 1/4" foot, even if I have breaks between blocks, they will always be the same. 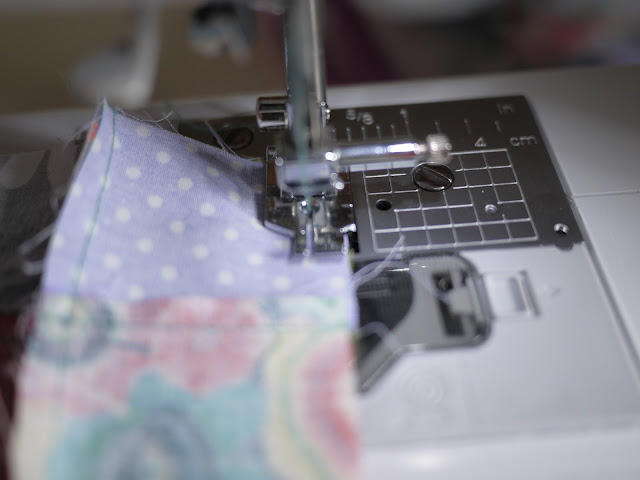 Seriously, why did I think I could remember seam allowances within my memory amongst the many other projects I have going on? It is just not possible. Anyway, breathe, and sew relaxing mini squares together...that is where I am now. 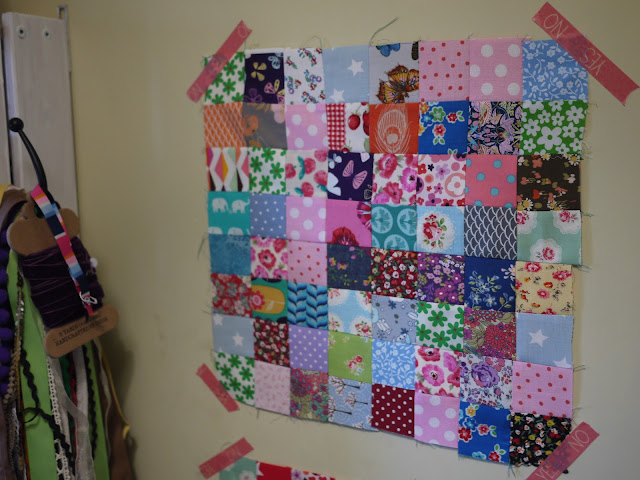 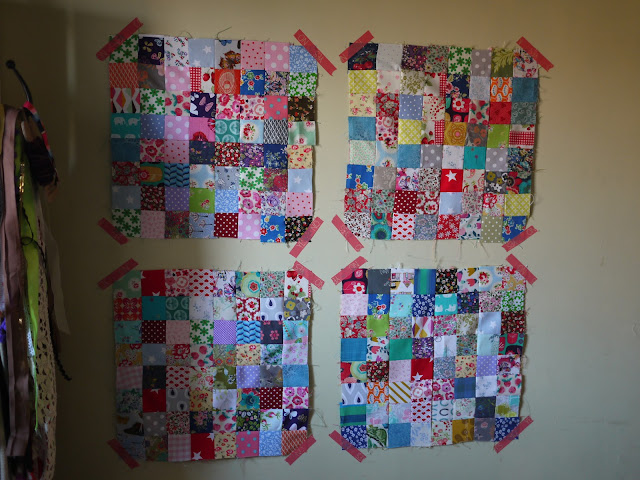