Not so much on the making front this week folks. Just mahoosive amounts of decluttering and mindful recycling. I can't go to the tip anymore because it upsets me too much. People throw so much stuff away and for a fixer like me, it is too much for my heart to bear. 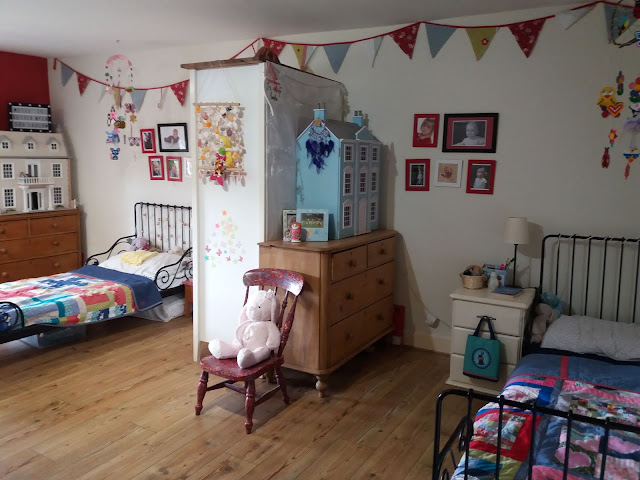 In this second week of the Summer holidays I promised the girls I would change around their room for them. There had been an escalation of bedtime bickering and I wanted to divide the room a little. This is what it looks like now. There was also a proviso for me in that they sorted out some of their stuff. It had got way out of control. They could no longer keep their room in order because they just kept rearranging the clutter - there needed to be less of it. 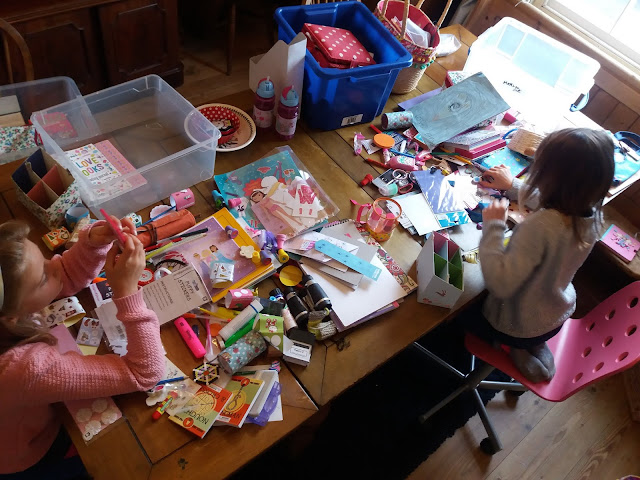 I went for the TV shock approach and asked them to put all their drawer and desk contents into plastic boxes and tip them out onto the dining room table. It worked. It was so overwhelming that they both wanted there to be less objects in their little lives. The children were asked to keep anything that would now fit into three drawers each. They did it with gusto egged on by milka chocolate breaks! 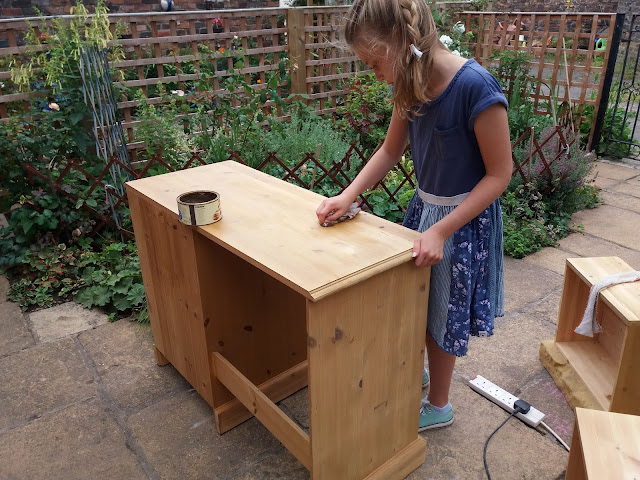 Both girls had physically outgrown a vintage desk given to us nine years ago and Heidi had been asking for a space for her sewing machine since Christmas. By chance I spotted a desk in a house clearance shop which just needed a little TLC. I struck a bargain of £30 if the guy delivered it, took away the old desk along with four infant sized chairs and a mirror which we had kicking around the house - all outgrown. He was delighted, I was delighted; I didn't have to go to the tip.

Heidi enjoyed using the orbital sander to remove some marks and take down the colour a touch. She waxed it and I sprayed the knobs grey for her until we find some nice ceramic handles. 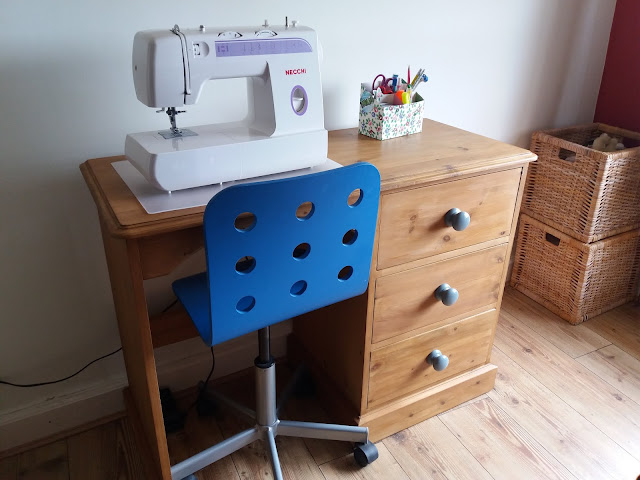 Other desks were jiggled around too. I now have my machine on a marble washstand that stood in the hallway which is actually a bit bigger and Megan has my old smaller wash table as her desk.
We are all happy. 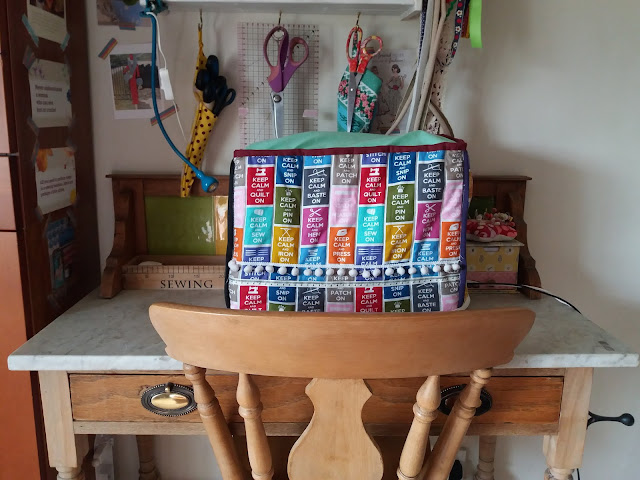 Outside of the girls bedroom declutter I have sold vinyl records: 2 Smiths albums were sold in a record shop for £30, I don't even have a turntable to play them on anymore! I have sold CD's, Books, weighed in textiles for recycling, given things to friends, taken bags to the charity shop, sold things on Ebay and I am happy that we only took three carrier bags to the bin. The house is breathing a huge sigh of relief. 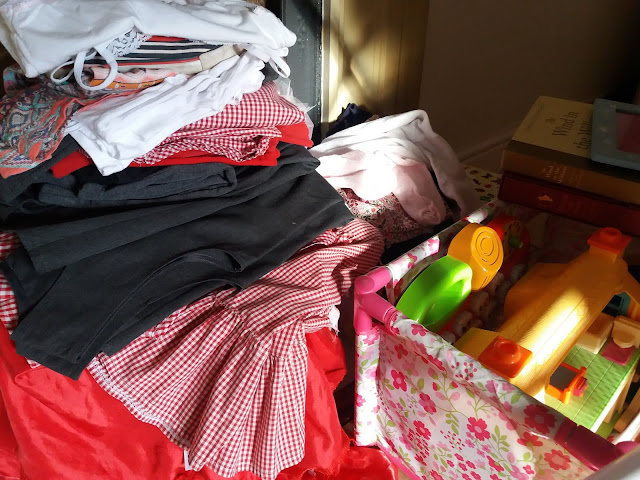 Much more to go but gosh it feels good. We have sorted dressing up that doesn't fit anymore and there are more toys and books from their toddler years to pack up. Heidi is starting secondary school in September and I have just payed an extortionate amount of money for her new school uniform. My little money pot, which got to just over £100 from recycling, has gone towards this. We have enough school uniform from Primary school to open a shop! This pile needs sorting into a few things to keep for Meg and other items for like minded second hand friends.

Do you love a good sort out?

Not very exciting today but thanks for dropping in. Jo xx
Posted by Jo at 19:42