My daughter has been growing her hair long - What do you do with long hair? I said to her, "Shall we put a scrunchie or a donut in it?" well, the look on her face.... I suppose if you don't know what either of those things are in hair terms it would sound a bit confusing, alarming even.

I made two scrunchies out of that school dress that had permanent felt pen on. (I cut peasant dress sleeves out of it last week!)to show her what they are. Such a satisfying thing to make rather than buy. 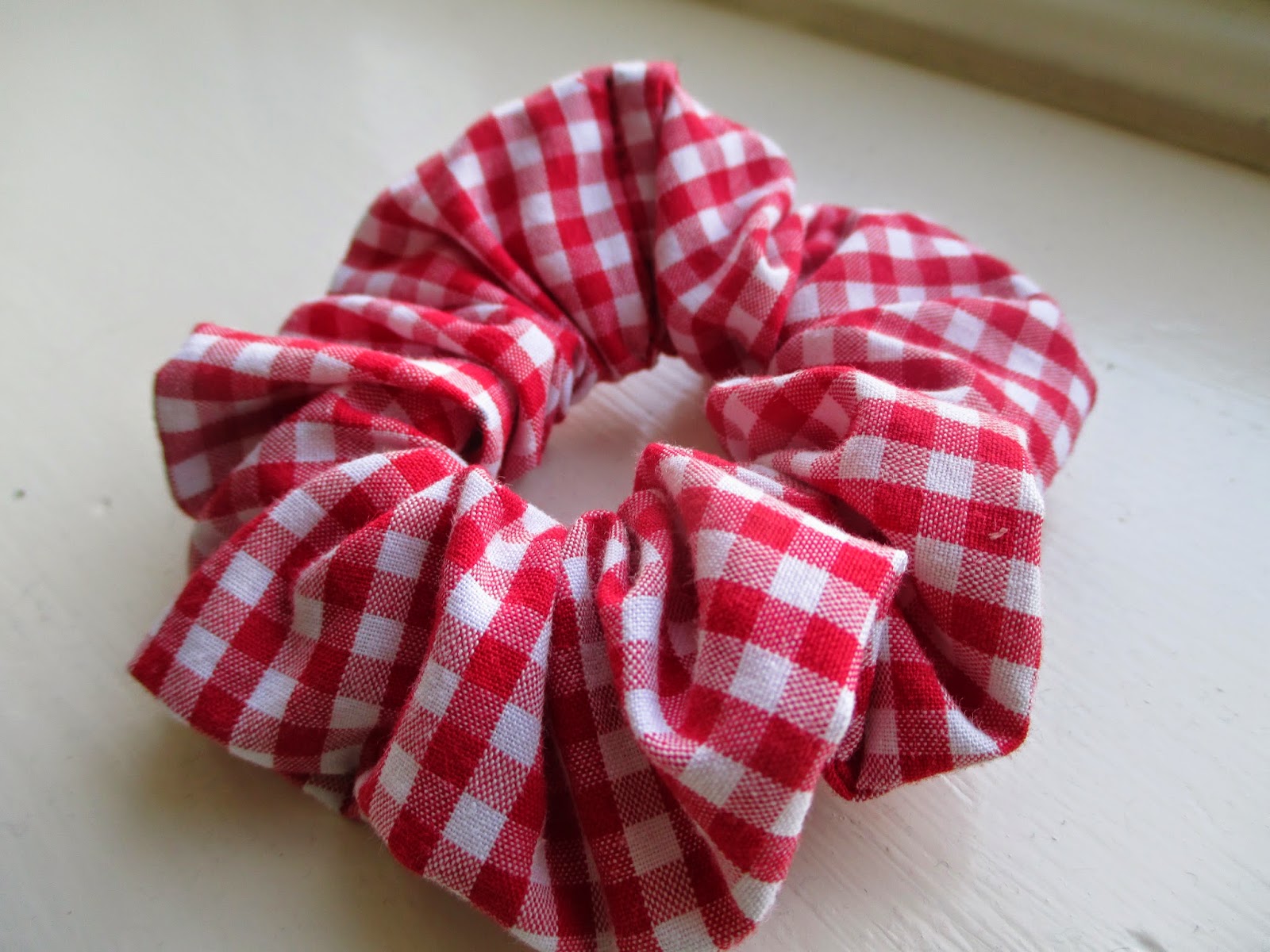 Then we gave the donut a try. 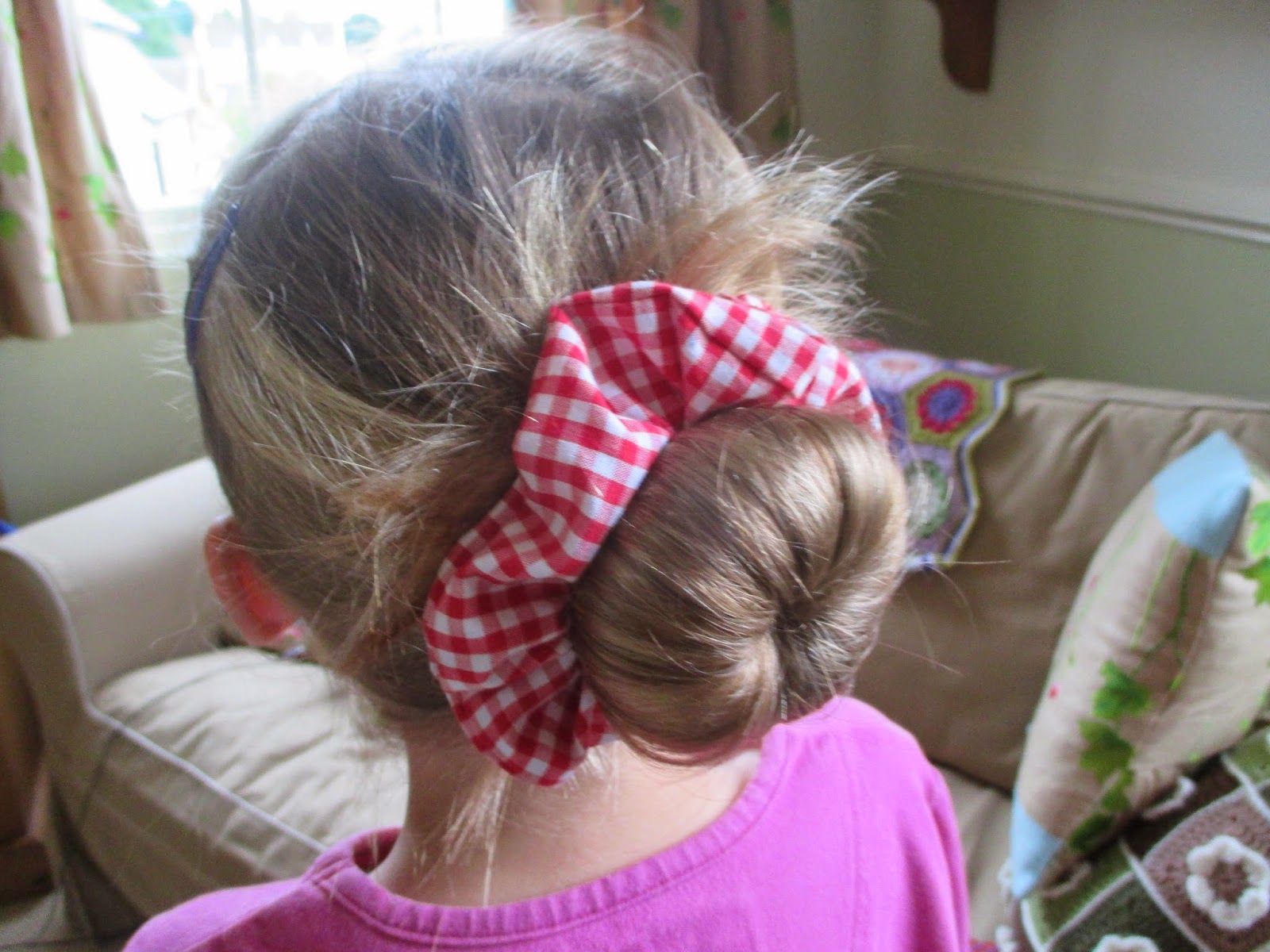 You make a low ponytail with a secure band. Slip over the donut- shaped-net-thingy. Then with your fingers poke around in the centre of the pony and spread the hair over the donut and quickly slip on the scrunchie.
I know it sounds like a whole new language but if you have girls give it a go... 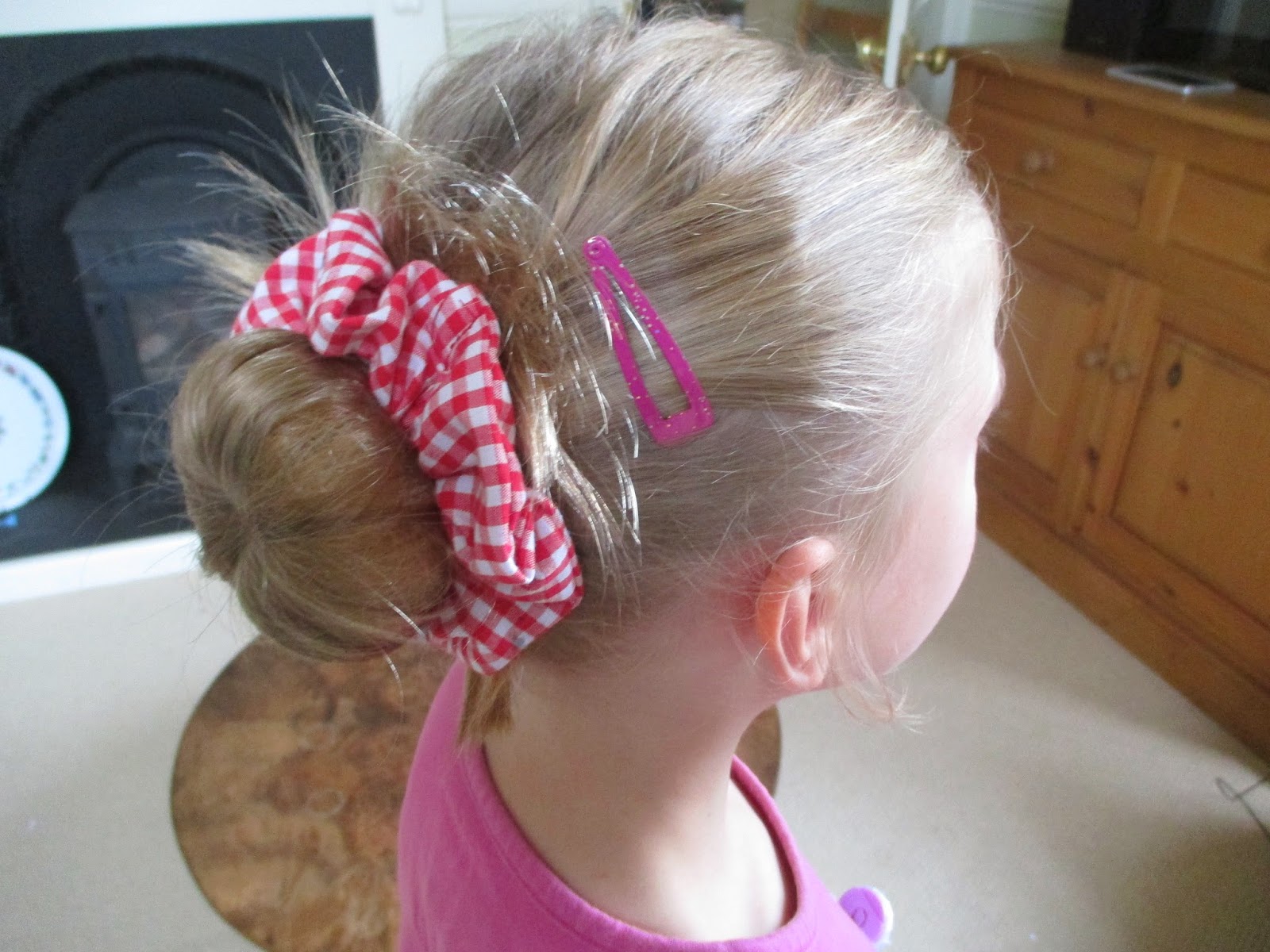 I'm off to make scrunchies in all colours, see ya. Jo xx