Starting a garden from scratch is not easy, it should be. Putting everything just where you want it and building a structure that you can use functionally should be easy but from scratch, there are just too many decisions to make all at the same time.

In the end, we decided that after two years of building a complete house, surviving lockdown and home-schooling with our children we could not muster enough motivation to do all of the hard landscaping ourselves - it was just too epic.

Andy made the raised border in the centre last autumn which we began under planting with bulbs. It was quite a feat to get the horse drawn potato lifter which belonged to my great-grandfather into the centre but we managed it by swinging it from the digger bucket. 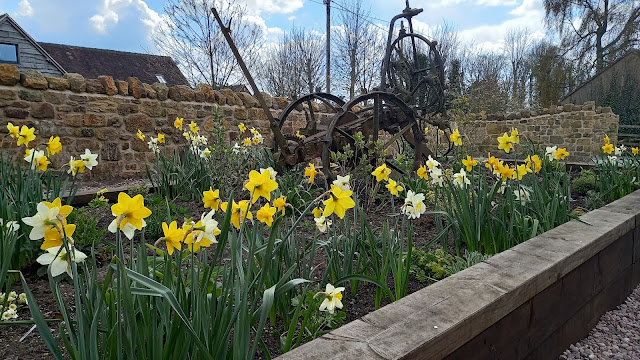 Our neighbour does large scale groundwork and landscaping so in the end we asked him to do our drive. He was mega meticulous in his preparation. 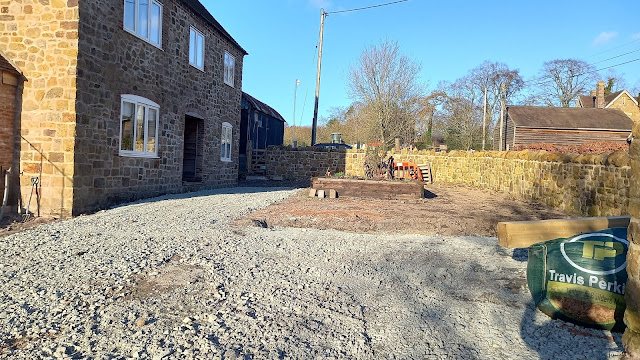 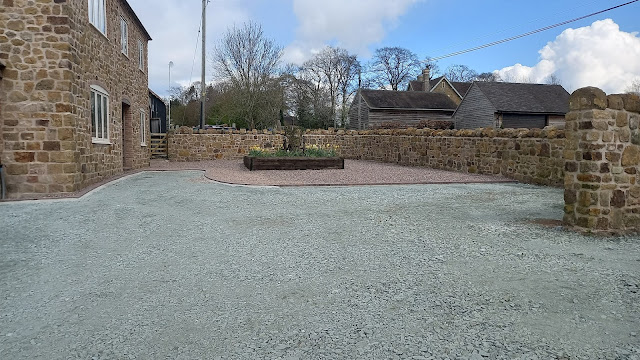 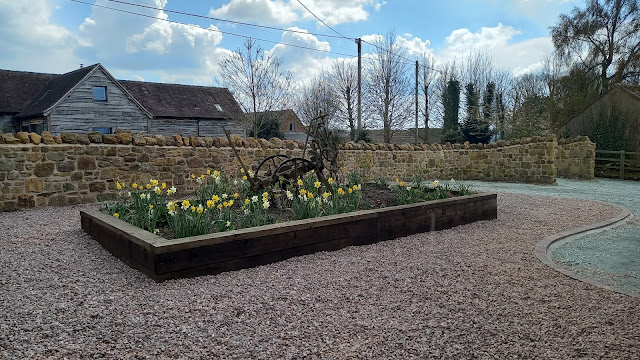 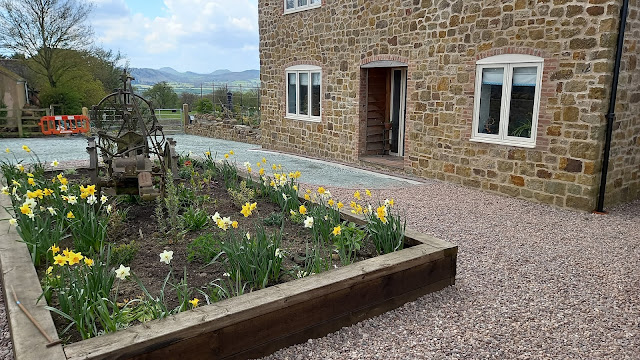 The daffodils are going over now but the tulips are ready to come next then a succession of other summer flowering bulbs. I think I will make a little update of this border in my ing posts so I can see how it changes over the seasons. This border has a colour palette of red/orange/yellow. I have always wanted to do that, split the garden by colour and now I can. 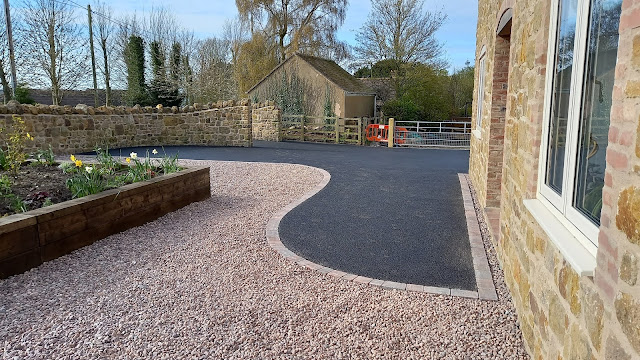 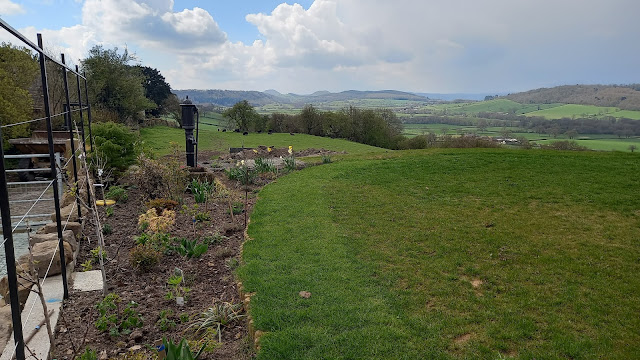 There is grass on the lawn, albeit patchy at the moment but it fulfills the function of making a seamless view to the South Shropshire hills without a boundary. There is a 1.5m 'haha' dropping down to the field which stops the sheep getting into the garden but eliminates the need for a fence which would spoil the view.

The edge of the lawn has a sweeping border to draw your eye to the hills. This area is pink/blue/purple with four cordon fruit trees at the back to create a screen in Summer. Two apple and two pear which fruit at different times in the autumn. Again I am recording how it develops over time with photos. 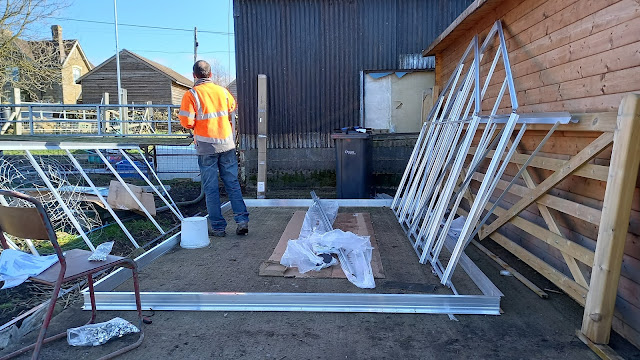 My bloke bought me a greenhouse for my birthday in January where he roped in his brother to help put it up. This lead to marking out the veg patch which has a water tap next to it. I can't tell you the joy of that - a tap right where you need it! 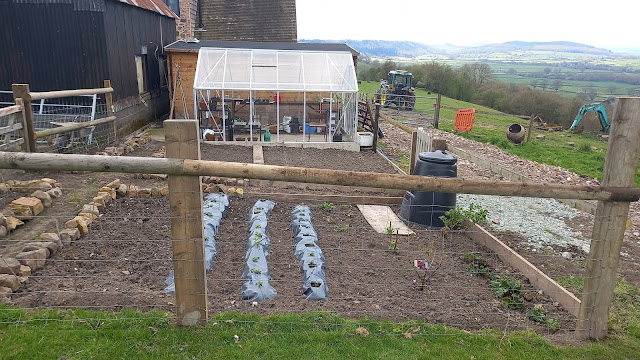 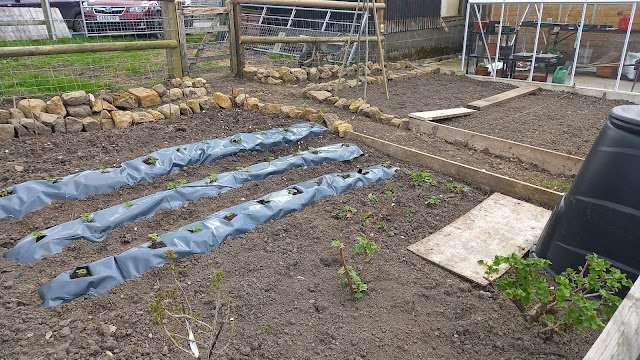 The fruit bed was dug out first where we added thirty raspberry canes, thirty strawberries, four rhubarb from a neighbour, one redcurrant, one jostaberry from my mum and one blackcurrant bush. In essence the veg patch is half fruit and complete apart from general annual weeding. On a small holding, it doesn't matter where you try to take a picture from, there is always some kind of rubbish in the background but we are getting there. 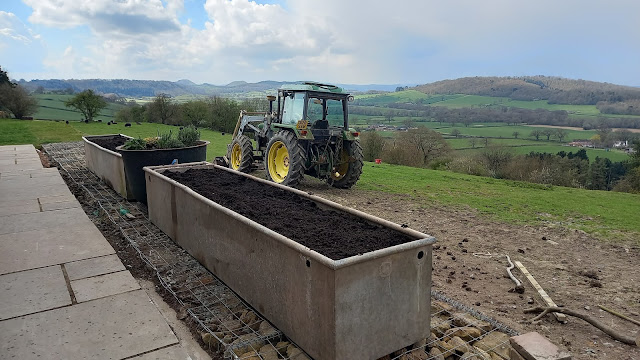 My big girl is doing her bronze Duke of Edinburgh award. For the skills section, she has challenged herself to grow salad, in succession, for 6 months. She is using these old water tanks. I am looking forward to seeing this unfold.

These are google maps street views of the site in 2009 - an overgrown stackyard with a stone croft where our house now is. All of the bale sheds have been taken down, the wall has been rebuilt and we have hard standing. It feels quite an achievement when I look at this photo.

You know what they say about spinning plates, this was the inside of our house today. You can't keep them all spinning, all of the time! 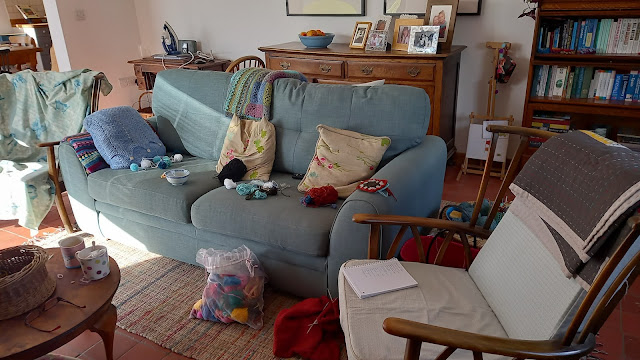 It's been a busy early spring outside. I hope to keep the gardeners among you up to date with some flower, fruit and veg action as the seasons unfold. 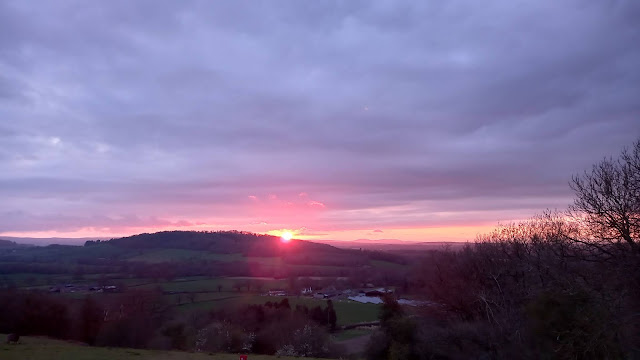