I love the way some projects unfold in front of your very eyes and what you see is immensely pleasing. Take this yarn for example. I was given it, I probably would not have chosen it, but it created the most beautiful ombre right there on my needles. 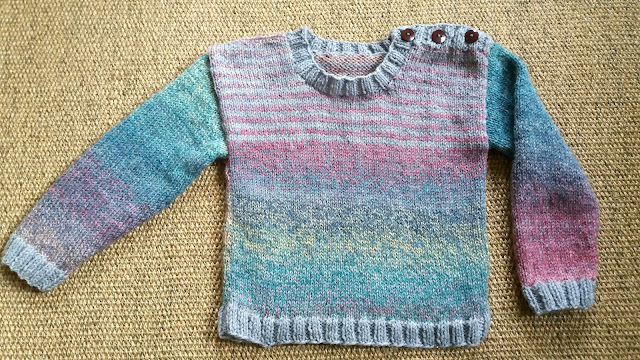 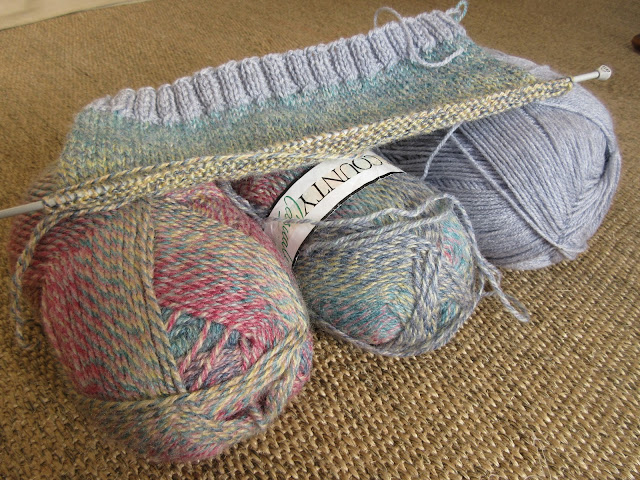 I only had two balls so I mixed in more grey than the pattern asked by using it to make the ribbing and neckband. It looked superb. 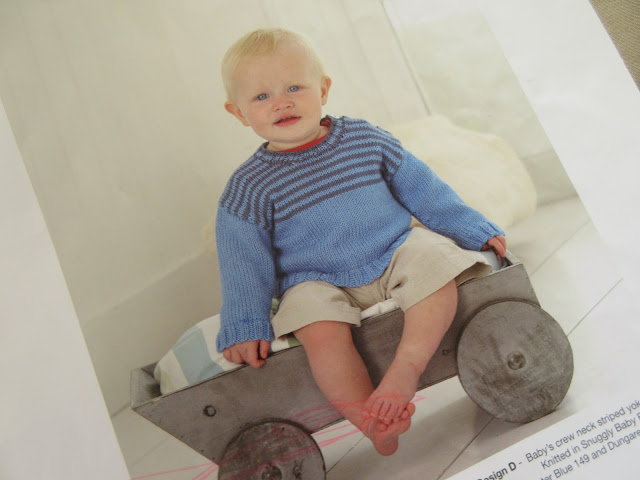 The pattern is from Sirdar. I added more plain grey to eek out the wool and I made more decreases in the sleeves because they looked a bit sloppy to me. I knit the back of the jumper in two nights such was my delight. But then an old chestnut reared its ugly head... How was I going to get the same (ish!) colour run on the front. 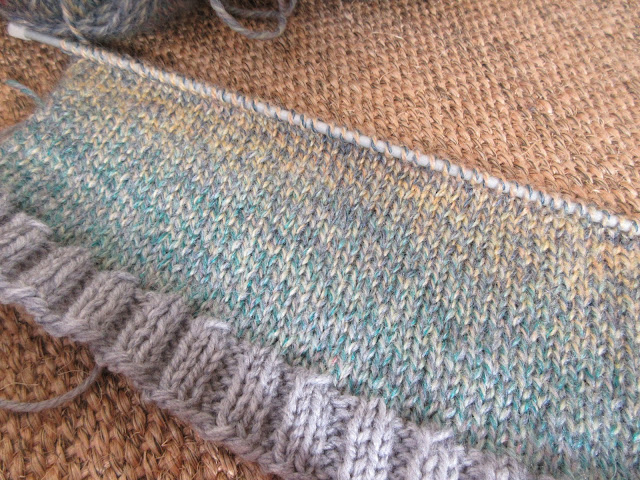 I did not know if the balls were the same dye. I was having deja vu. I knit the back from the unbanded ball thinking I did not want to get caught out if it had a bit missing. For the front, I wound the banded ball into a new ball to find the same colour run to start. I kept winding. I kept writing down the colours as the ball revealed them. I kept winding but it didn't happen. That colour run was never repeated. AGGGHHHH! 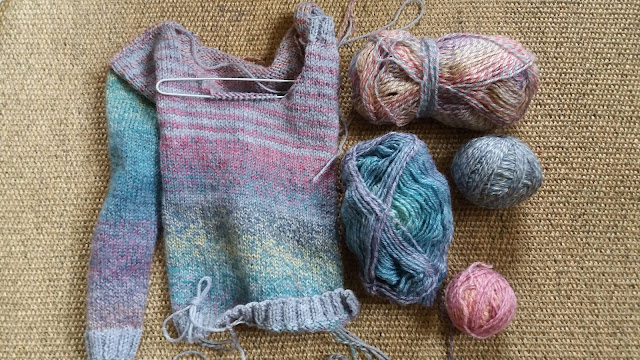 In the end I found a run that was close so at least it would not look like a trifle! I repeated the whole process of jeopardy for the sleeves as well. I mean, in the end, it was actually quite a lot of fun. 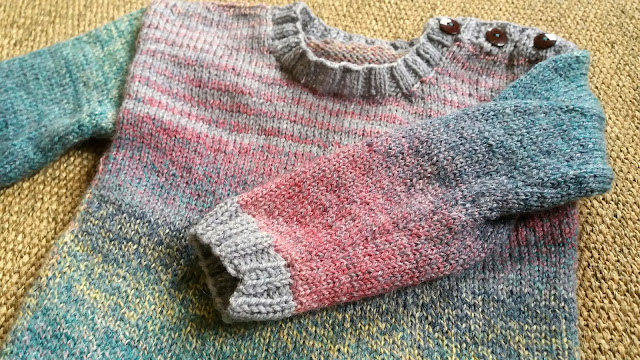 I must be one of the few knitters that like to sew up garments. This feeling has come since I learnt to do it well using mattress stitch, shown on the right hand side bar. You can see that the sleeve seams are 'seemingly' invisible. Suffice to say that my friend's boy, Bertie, loves his new jumper.