Hot off the back of yesterdays news, I bought a 1950's kitchenette off ebay on Saturday for the cabin. It was £40 and I reckoned I couldn't get a cupboard from IKEA for that with as much shelf room. We went to Wrexham to pick it up. We had a swim with the girls at Plas Madoc swimming pool - the squealing at the wave machine was such a pleasure.

It was not such a pleasure to try and squeeze a cupboard into the car with two small girls, car seats and swimming bags with the boot tied down with a piece of string. Little M was frozen by the time we got home an hour later. Anyway, less of the sob story, I am guessing you want to see it? 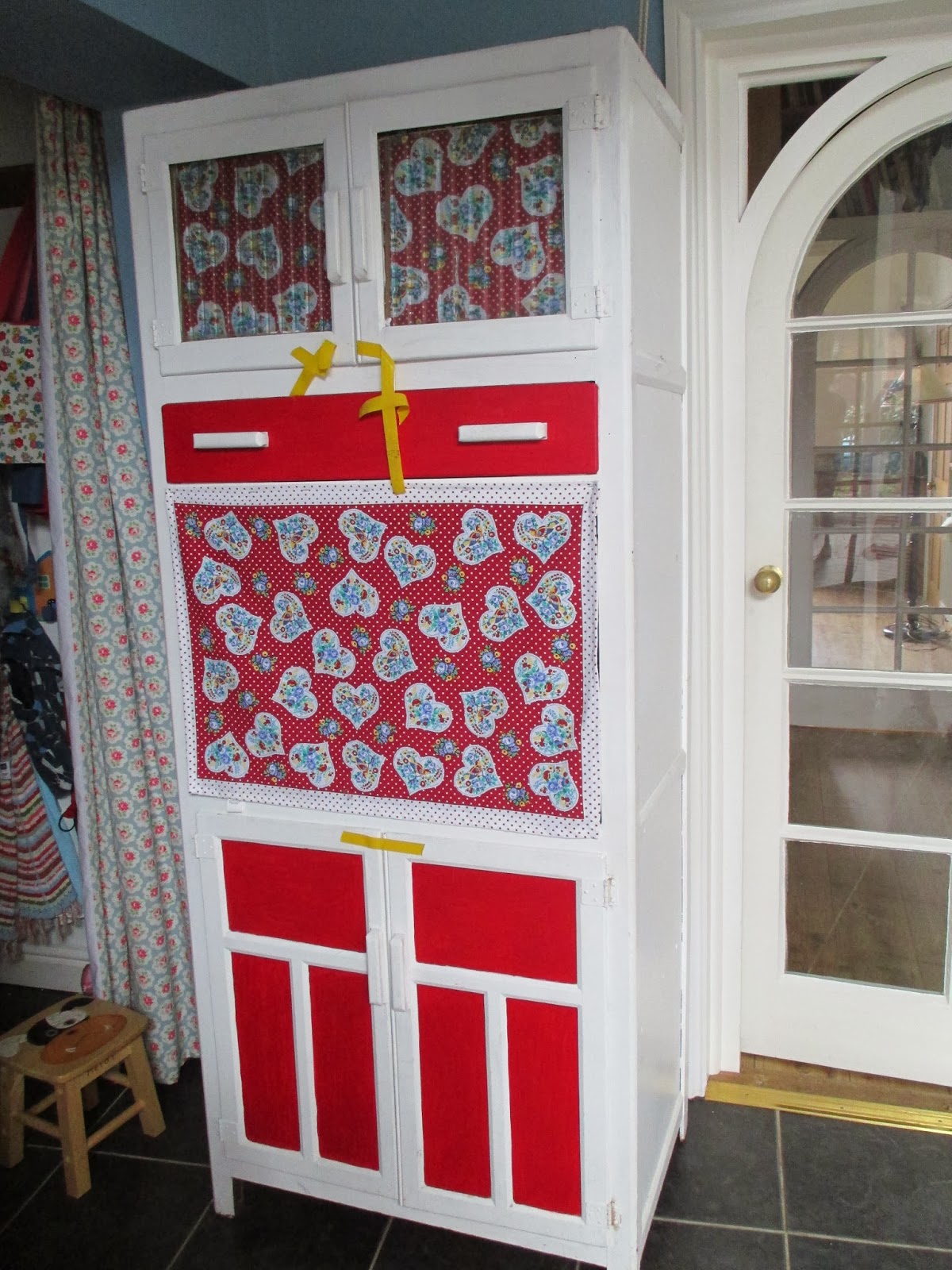 The drop down door was missing so she had covered it with a tea towel but it was already painted red and white, it was just a bit scruffy. The original glass was in the doors but just needs a bit of securing. So not bad all in all. 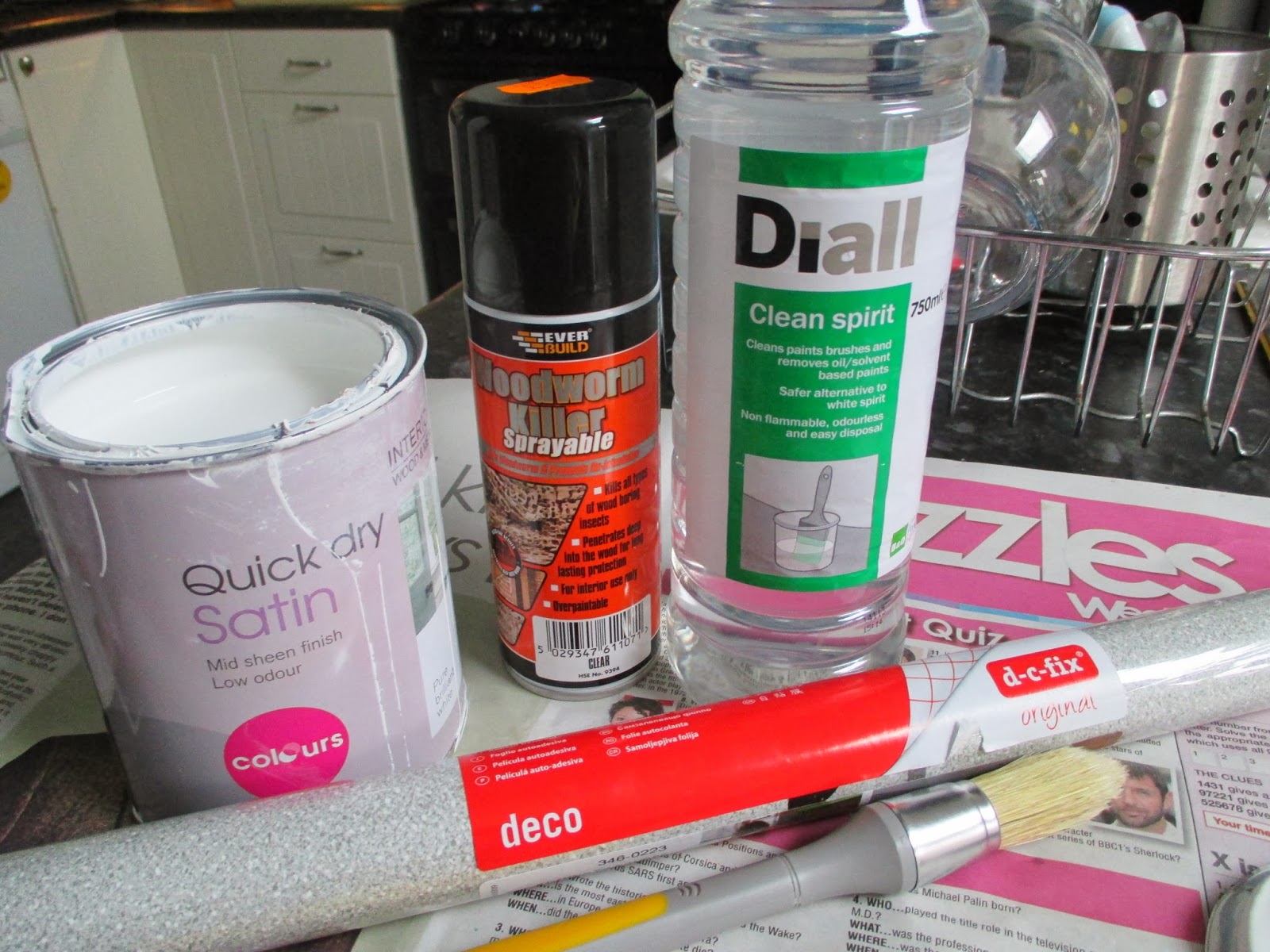 Little M and I went to get supplies today. Woodworm spray, paint (on the damaged shelf - £3) and a very super new brush, which cost more than the paint! I sawed off some of the legs because they were a bit uneven and it was wobbling. 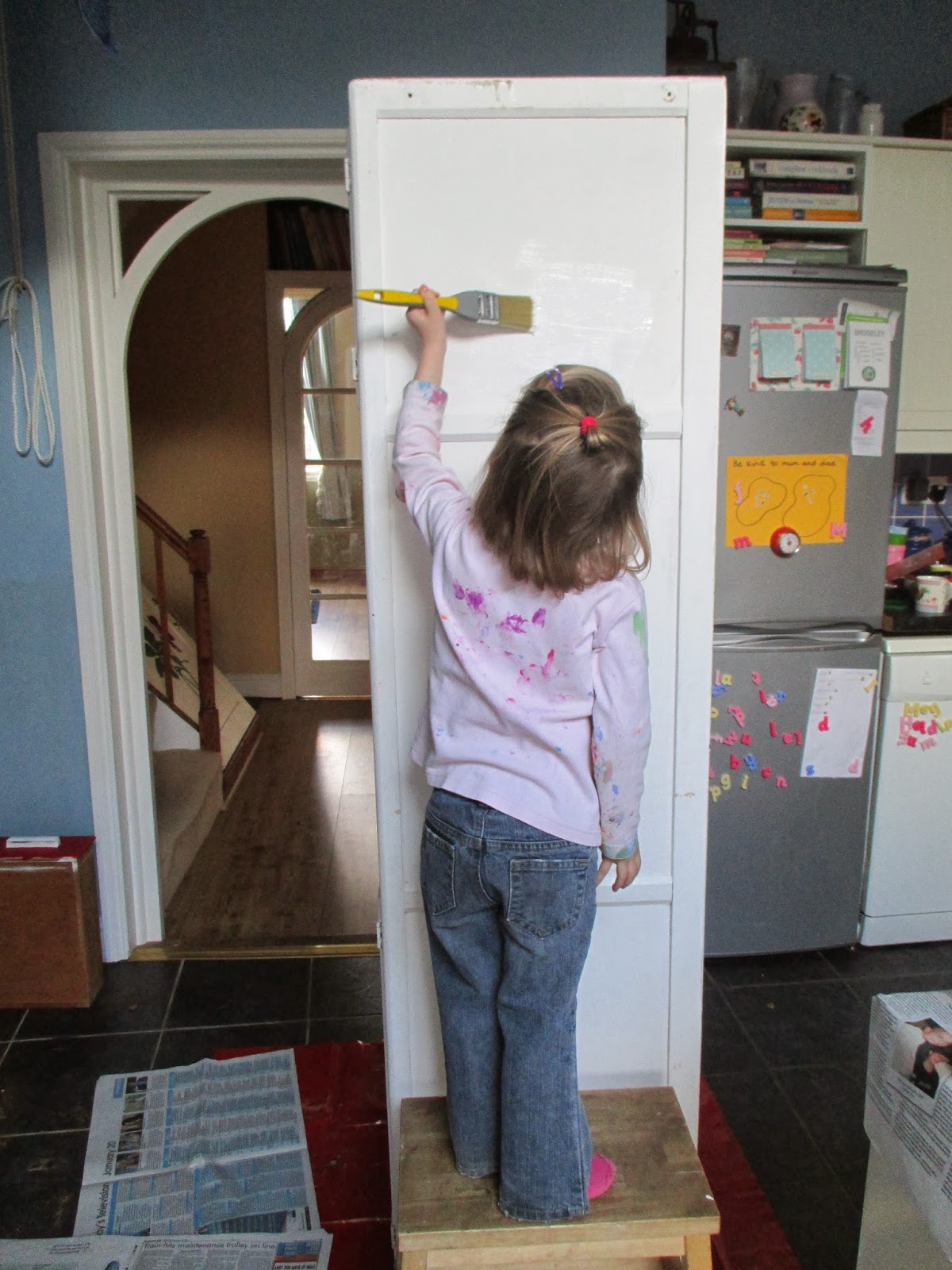 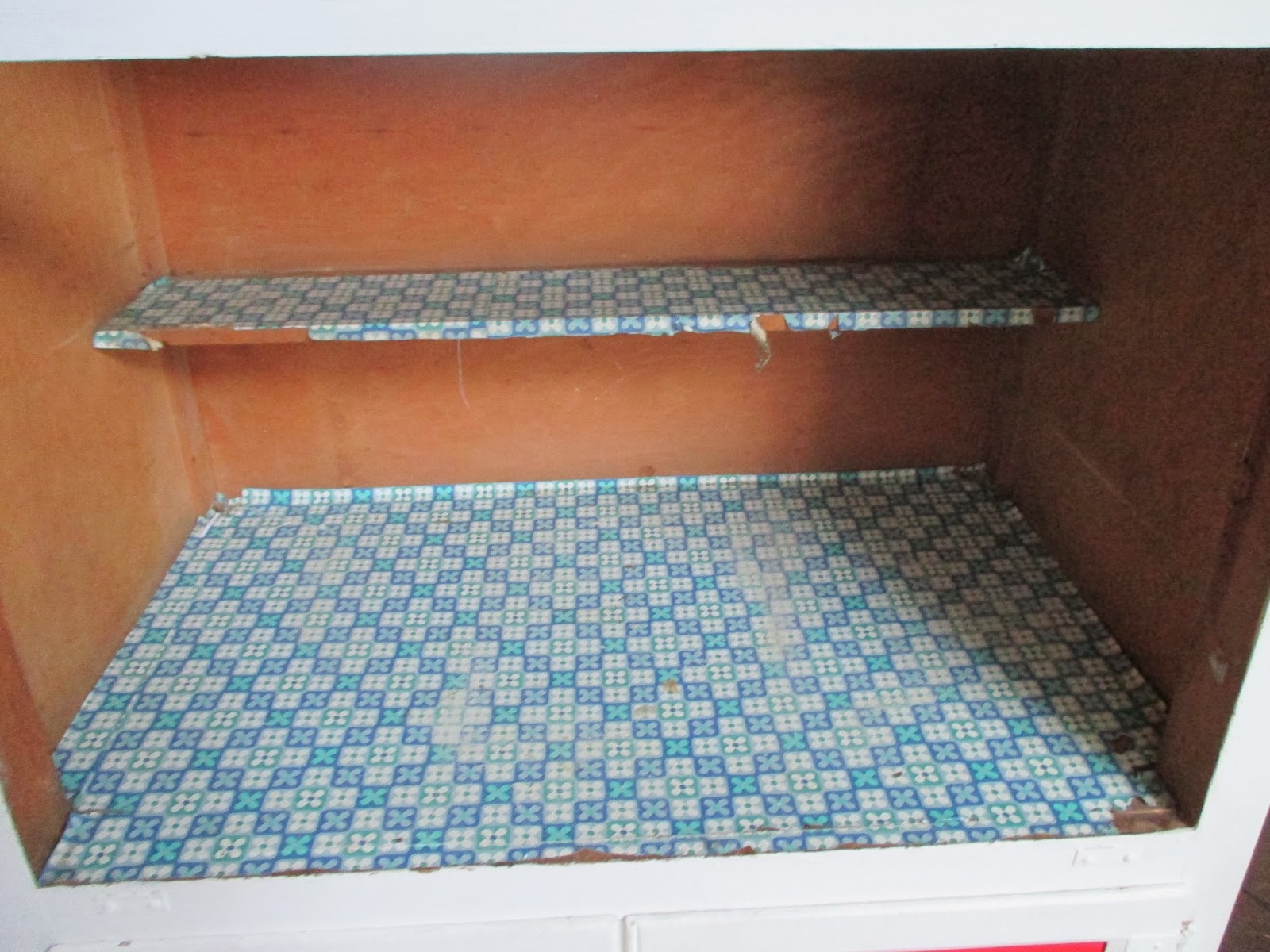 Now I know all you vintage lovers might swoon at the original vinyl but I want to cut a salad and make a sandwich on there so it had to come off - it had a sort of smell - woodbines and colmans mustard I would say. 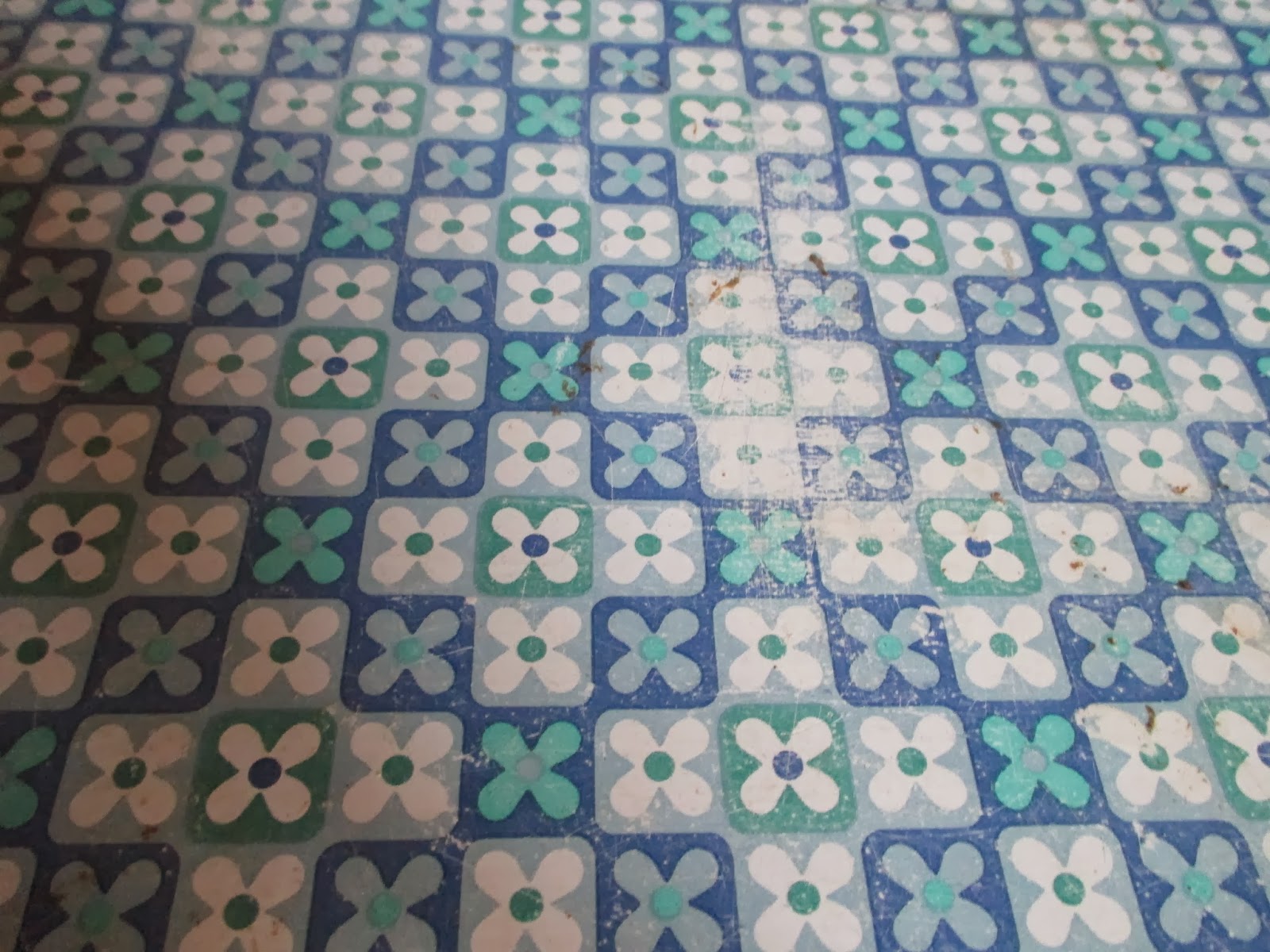 Very pretty though - enjoy the photo because I have ripped if off and replaced it. 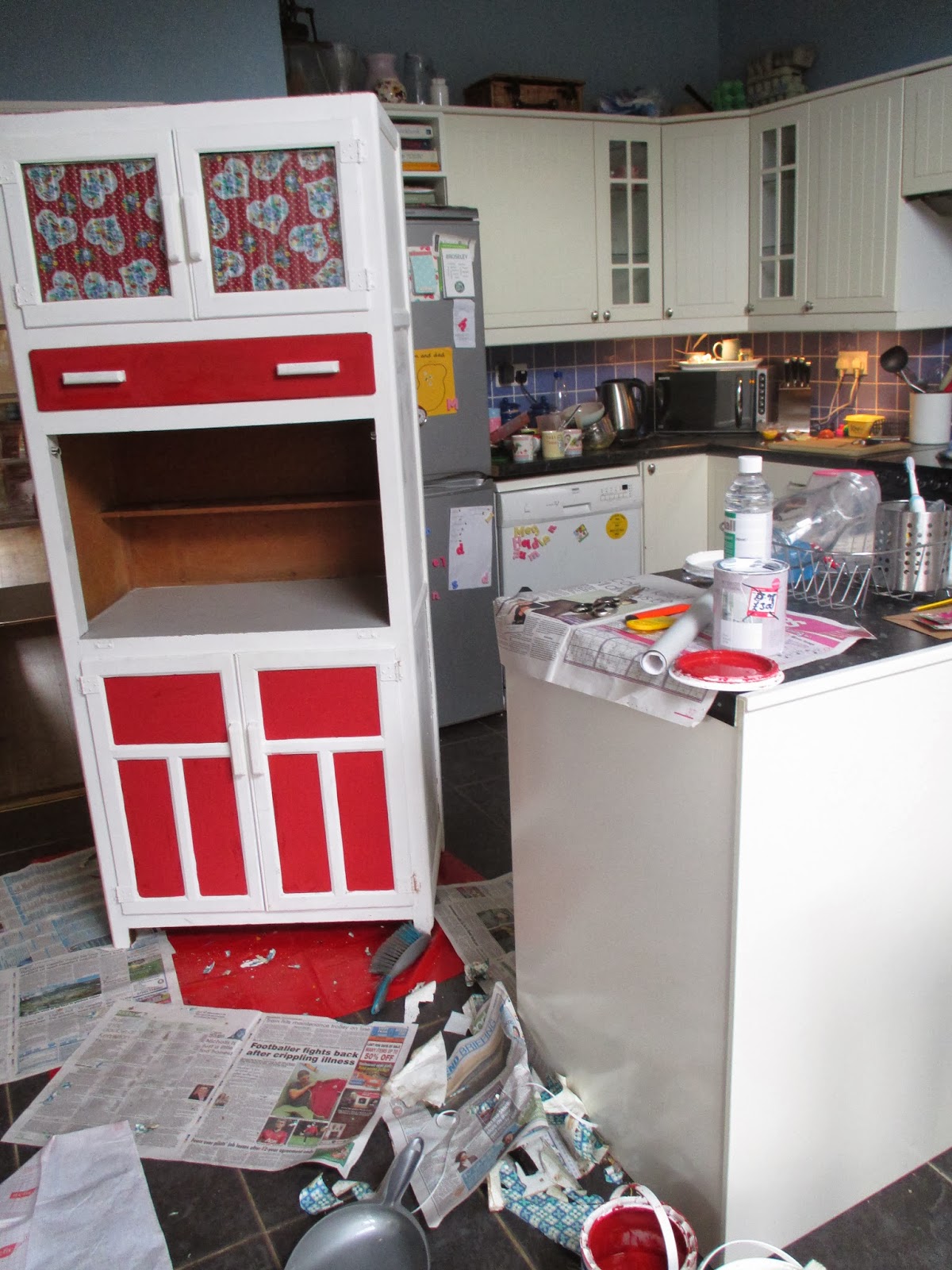 oh cripes,the afternoon is ticking away, the kitchen is a bomb site, my helper has absconded to children's TV, Big Sis comes home in an hour ready for swimming lessons and I need to get a grip on the domestic situation. 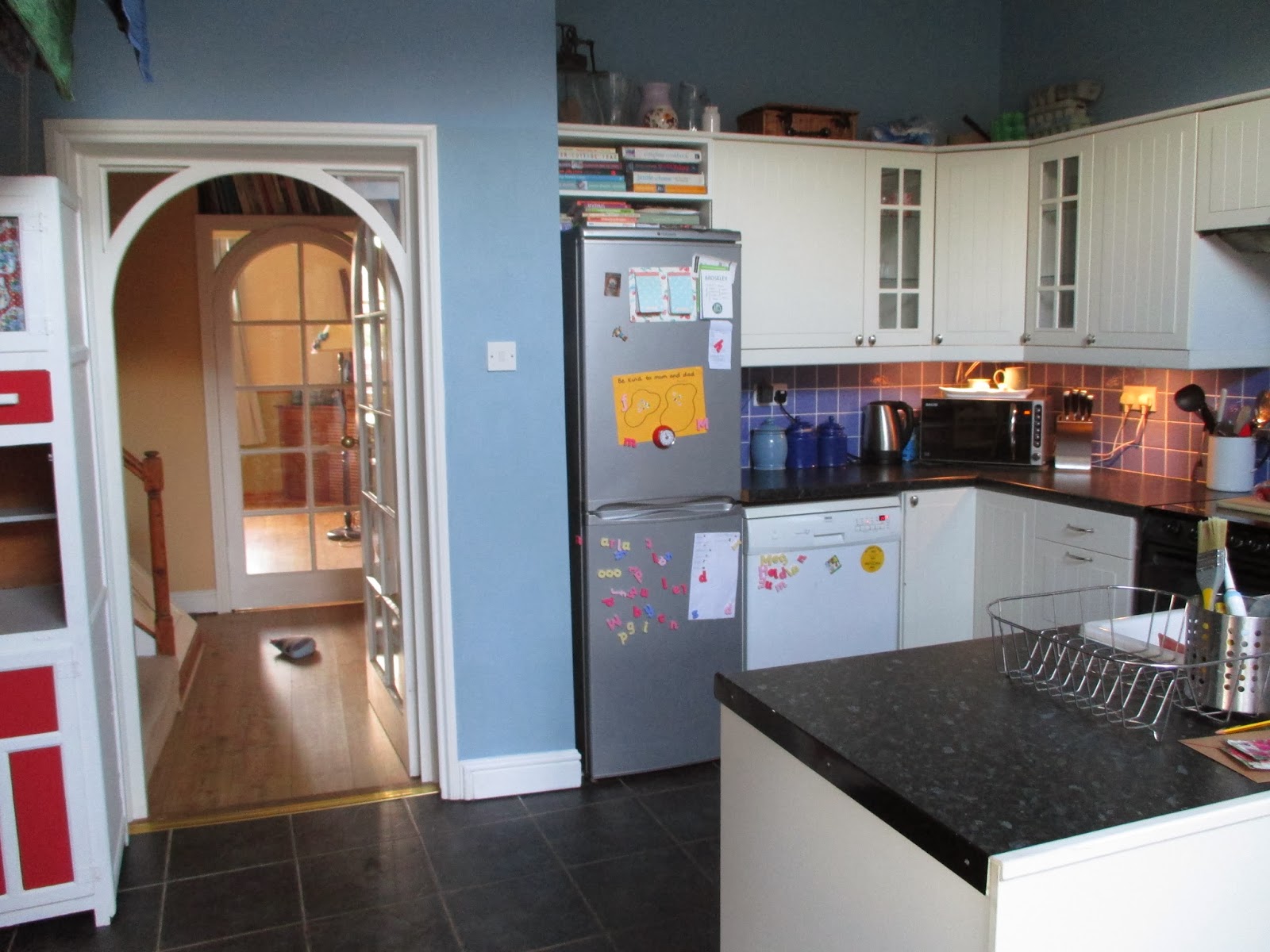 Normal service has been resumed and there is a shepherds pie in the oven. 10 mins to blog I think... Phew!

I reached 100 followers today and I am absolutely delighted. Thank you all for your continued support in the crafting world. I took all the commenters and new followers from the last two posts and drew a winner for the valentines card...

It was Ginx Craft. A new blogger to me who I found through Chrissie. Go and check out her amazing knitting creations.
I love the shell best.