My latest vintage pattern find was for a bikini circa 1960. I wanted to have a go at making one but I wasn't so keen to wear a flower pot on my head. 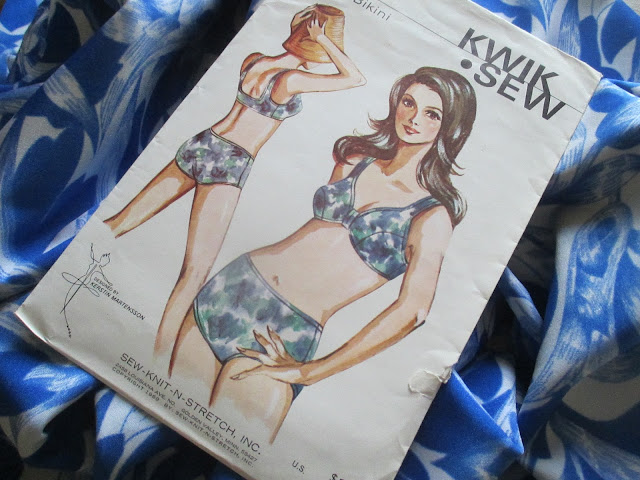 I ordered swimwear fabric and powernet lining from The Sewing Chest. The fabric piece was a second because it had a pale blue colour run in it but with the swirly pattern it wasn't noticeable at all. The fabric was thicker than I thought it was going to be which I was relieved about. Overall the thing that pleased me most was that it was £7.00 for a really large remnant piece.


I used a bra making method for applying elastic using a 3 stitch zig zag which is a pig to unpick if you decide that in the end it looks rubbish - which it did! The method on the pattern was a bit more crude. The pattern is from 1960 so the use of stretchy fabrics and elastics is not as complex as today. So I unpicked the whole lot over several weeks: the arm holes, neckline, under bust, leg holes, waistband - it was tedious to say the least. Later I applied the elastic in a different way with my serger then topstitched which was much better and they were a super comfy fit. 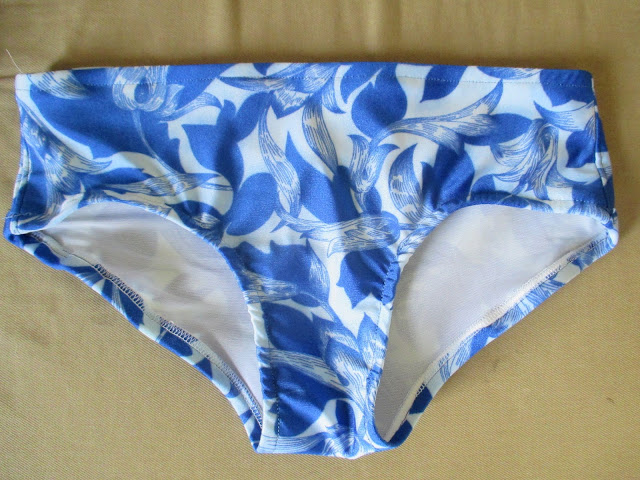 However I couldn't save the top, when I applied the elastic the second time by turning over as above it made it way too small because I lost seam allowance all the way around so I had to sacrifice the first one as 'learning' and make another. 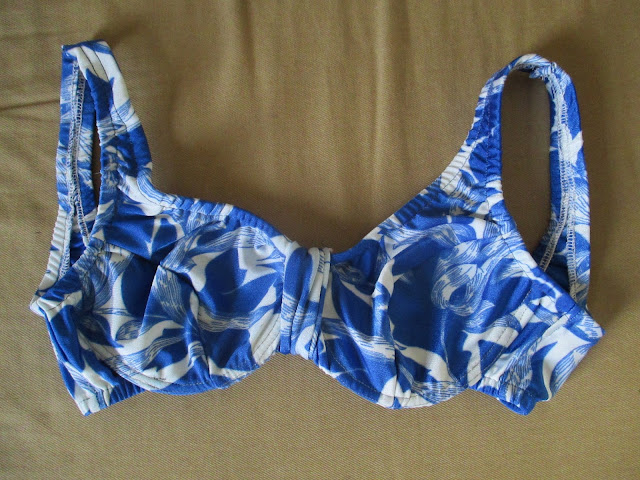 I made four modifications - I took some depth out of the shorts, my body is far too short for those in the pattern picture, they would have been scraping the bottom of the bikini top! I took a tiny bit out of the leg arch, added a clasp to the back of the top to get it on and off easily and after much angst I eventually added underwires which sorted the whole droopy bosom thing out really well. 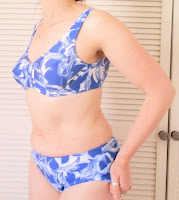 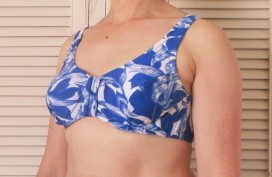 I feels great on and all stretches out brilliantly. In my head I reckon I look just like the woman on the packet anyway so no need for a photo really! This one is ready for the suitcase.