Knitting socks has been my evening activity of choice for the last two weeks. I am using up some of the 4ply 50% wool 50% acrylic which was used for my last fair isle knit. They won't be the most hard-wearing of socks but I am not sure if the recipient will actually wear them in boots or just use them for drinking wine in on the sofa. 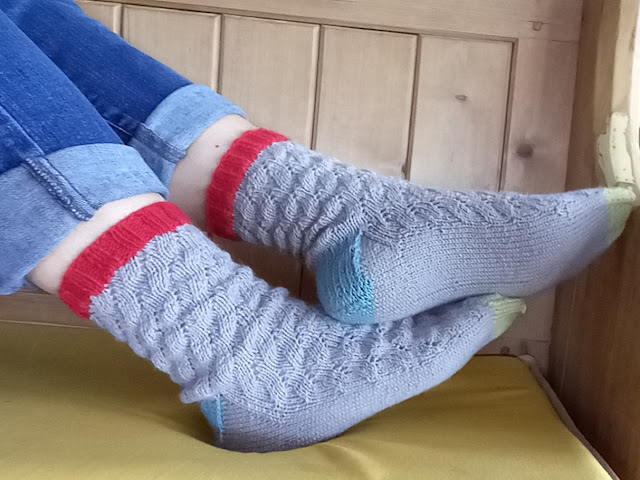 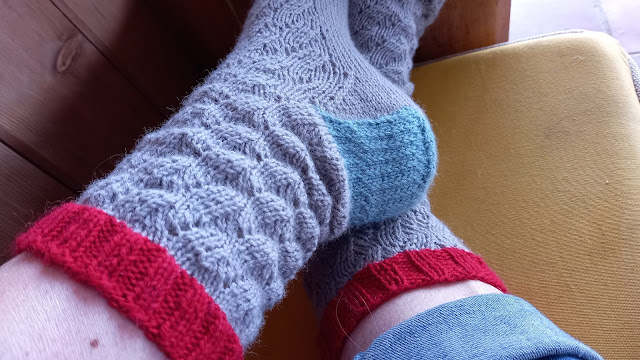 The pattern is from The Knitter issue 170 or you can find it here. It has a twisted pattern which is made without using a cable needle but by doing a knit2tog stitch. Very easy to do after you have done it a few times. It is called 'Repose'. 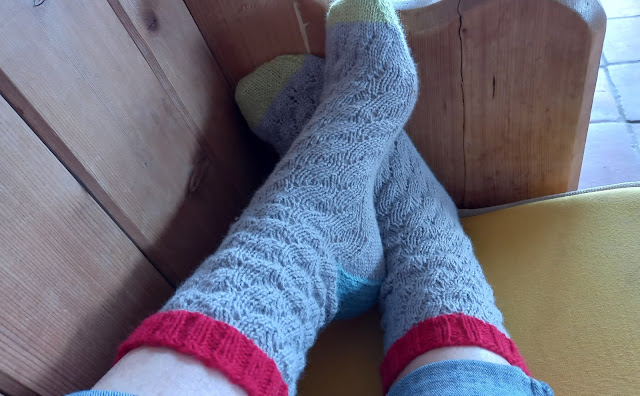 I have had to estimate the foot length because it is bigger than my size. In reality they are not exactly the same, rather perfectly imperfect and made by me for my friend. 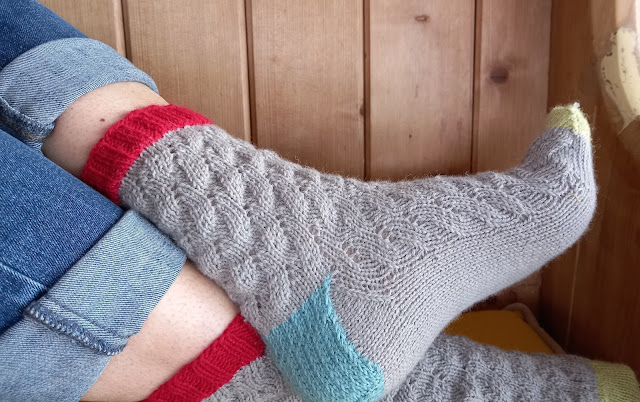 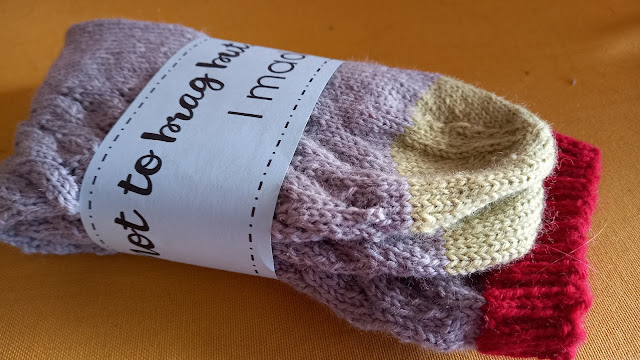 Strike one on the Christmas present list. The sock wrap says 'not too brag, but I made these' Which sums me up completely and will make my mate smile. 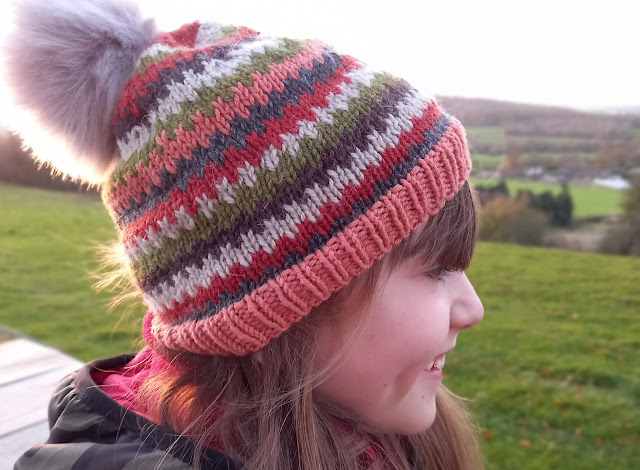 You know you have hit the dizzy heights of knitting heaven when your twelve year old asks for, "another hat like the old one that that you made which is too small for me" Bingo! 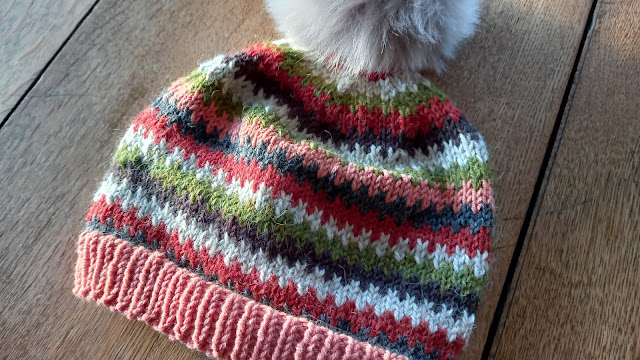 It is truly one of the most satisfying things to make in terms of speed, versatility, boys or girls, scrapbusting potential and final lovely outcome. It is a free hat pattern on ravelry called the Scrappy Ski Hat. It does have one disadvantage, and that is the amount of ends to sew in! 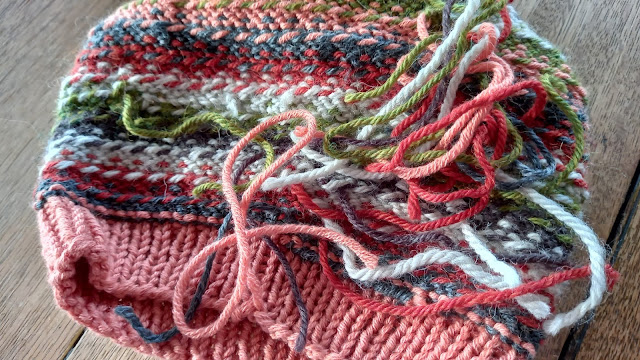 She chose the colours from my aran scrap bag to go with her camo coat. She wasn't so keen on the peach but it was the only aran I had that was not wool for her forehead however, once it was knit up she thought it was a good harmony of colours. I offered a peachy or grey fur bobble salvaged from old hats and she went straight for the grey one. 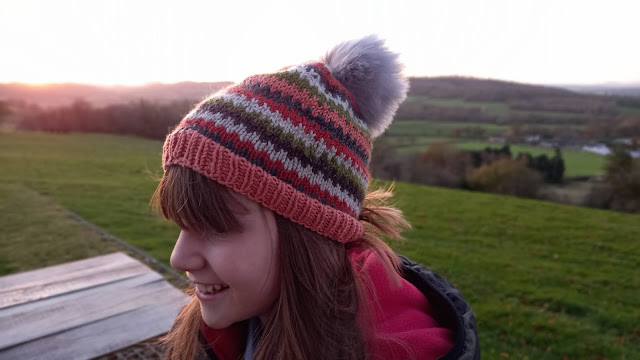 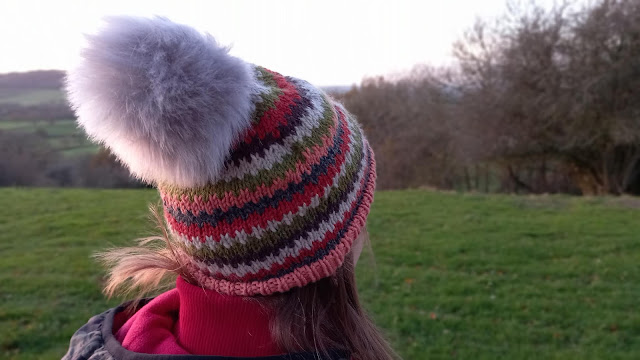 On a final knitting note, I popped over to Ravelry to get the links for you folks and I had a message from the designer Outi Kater!!!! She sent me a message to say how much she liked the Jory fair Isle sweater I made for Heidi and could she use the photo for her feature page. Well what a knitting triumph.
On to some quilting this week for a birthday deadline.

Are you making for Christmas?