I rarely stick to a pattern; that would require me to purchase the correct materials. So this project was inspired by The Happy Colours Blanket from the book Boho Crochet by Marinke Slump. 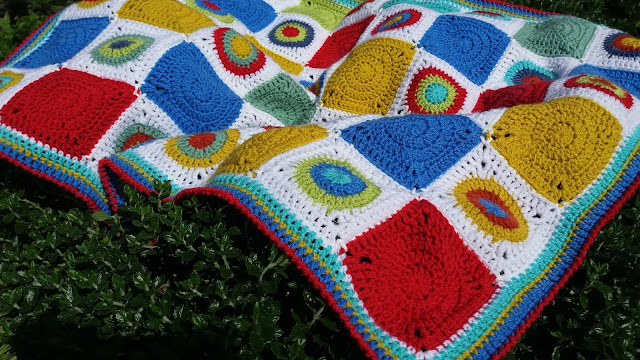 I made 24 squares and could see that I was going to run out of white. Not wishing to purchase another ball I decided to make some solid colour ones to use up the yarn I did have. It was a no brainer for me, I am flexible, not a perfectionist. 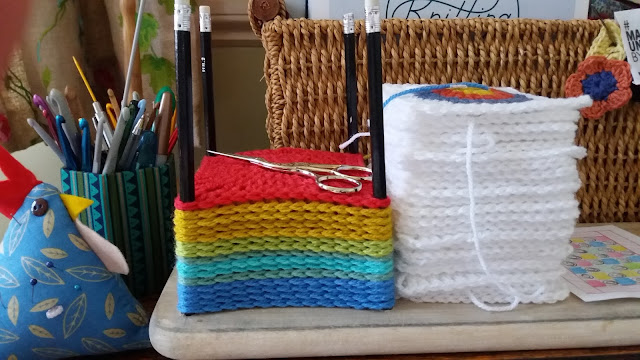 I think it just makes it happier! 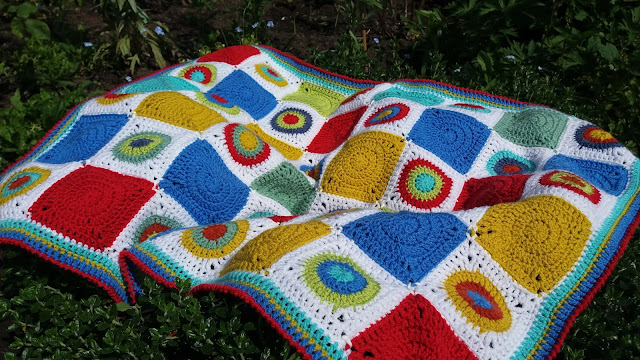 Some of you have asked how the pattern and crochet is so neat in these motifs. You have good reason to ask you observant crafters because I use a technique called a standing treble. I have adapted a photo to show you why I do it and indeed why you should learn it if you are a crocheter.


The black arrow indicates the chain 3 which is used to start the first round. When I inspected the picture I could see it there all skinny and long. I could also count the 11 trebles in the rest of the first round which all look the same as each other and are a little fatter. 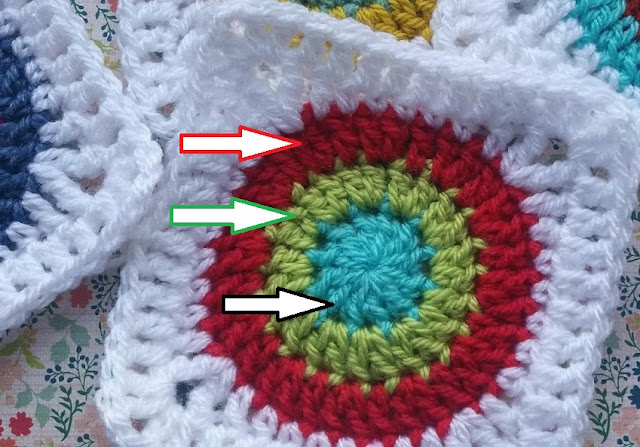 Now, if every time I start a new colour in that same place with three chains I would end up with a skinny line of chains which don't quite bulk out as much as trebles. This is where the standing treble comes in. So after the blue round I cast off. Then joined the green in a new place using a standing treble which you can learn here on a blog called Moogly. The tutorial is in photos or as a mini video. It is also shown for left handers.

The green arrow shows it, it was harder to find for various reasons. a) it is a bit fatter and b) you can join in anywhere. This avoids an obvious line where the colour is always joined. Green is then cast off at the end of the round.

The red arrow shows where the red was joined but this was hard to find as well.etc. etc. In fact I could not see which was the first stitch in the white round so I left it unmarked because I think you get the gist now of what I am trying to show you. Suffice to say that if I can't find it and you can't see it, it must be a great technique. 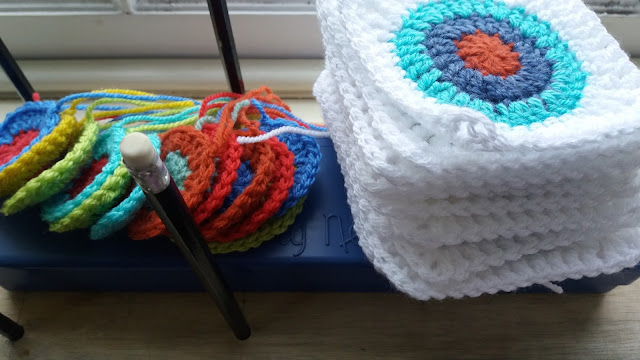 Try it. It works on granny squares or any place you need to change colour. It is a technique you will be glad you took an hour or so to learn.

I used a bamboo hook from DMC to make this and it was surprisingly good. Lightweight and snag free on these stylecraft yarn scraps. These are the ones I did not use - maybe another project for those.. 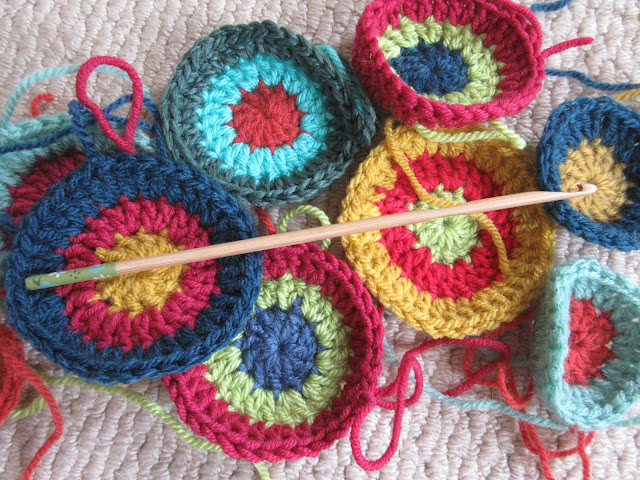 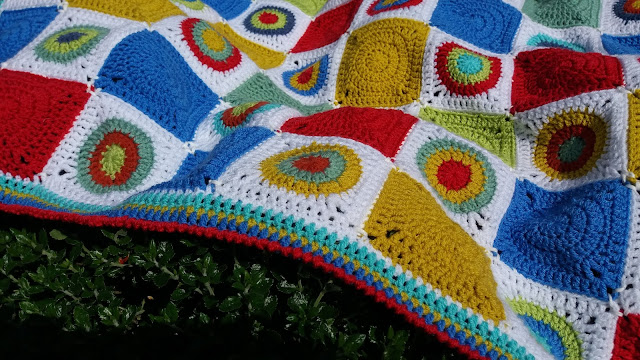 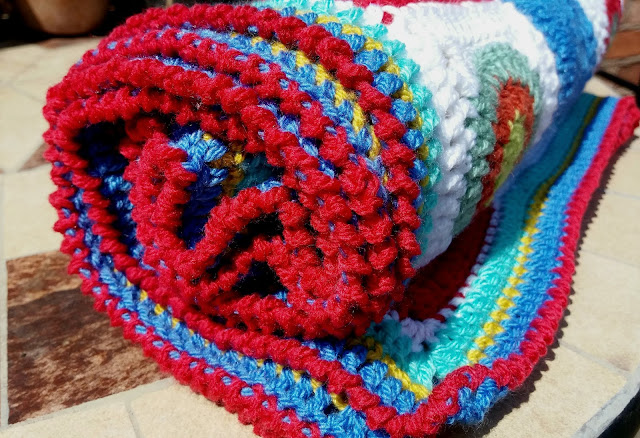 Baby Blanket all done ready for my friend in December and I will also put it in our local craft show in September. 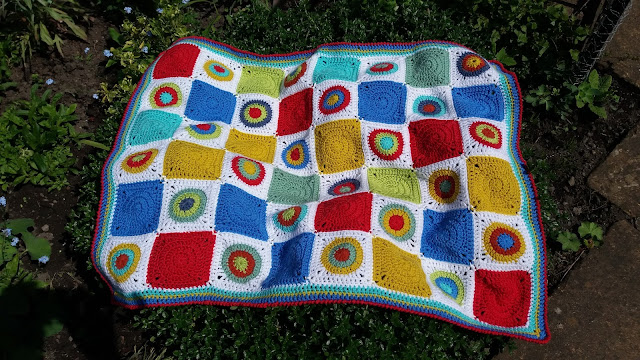 It is, what it says it is - A Happy Colours Blanket.