Another one of my 2015 crafting new years resolutions is now finished. 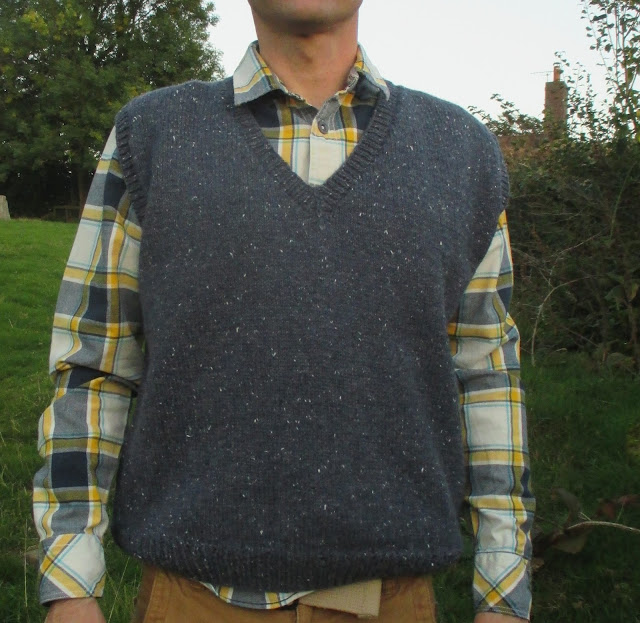 This post has been on my schedule list for aaaages so today I have linked up with Lazy Daisy Jones to show you some more man action. This yarn arrived in January for my bloke knit, a 2015 new years resolution. Patons Wool blend in a stormy blue shade. I used 3 out of the 5 balls. 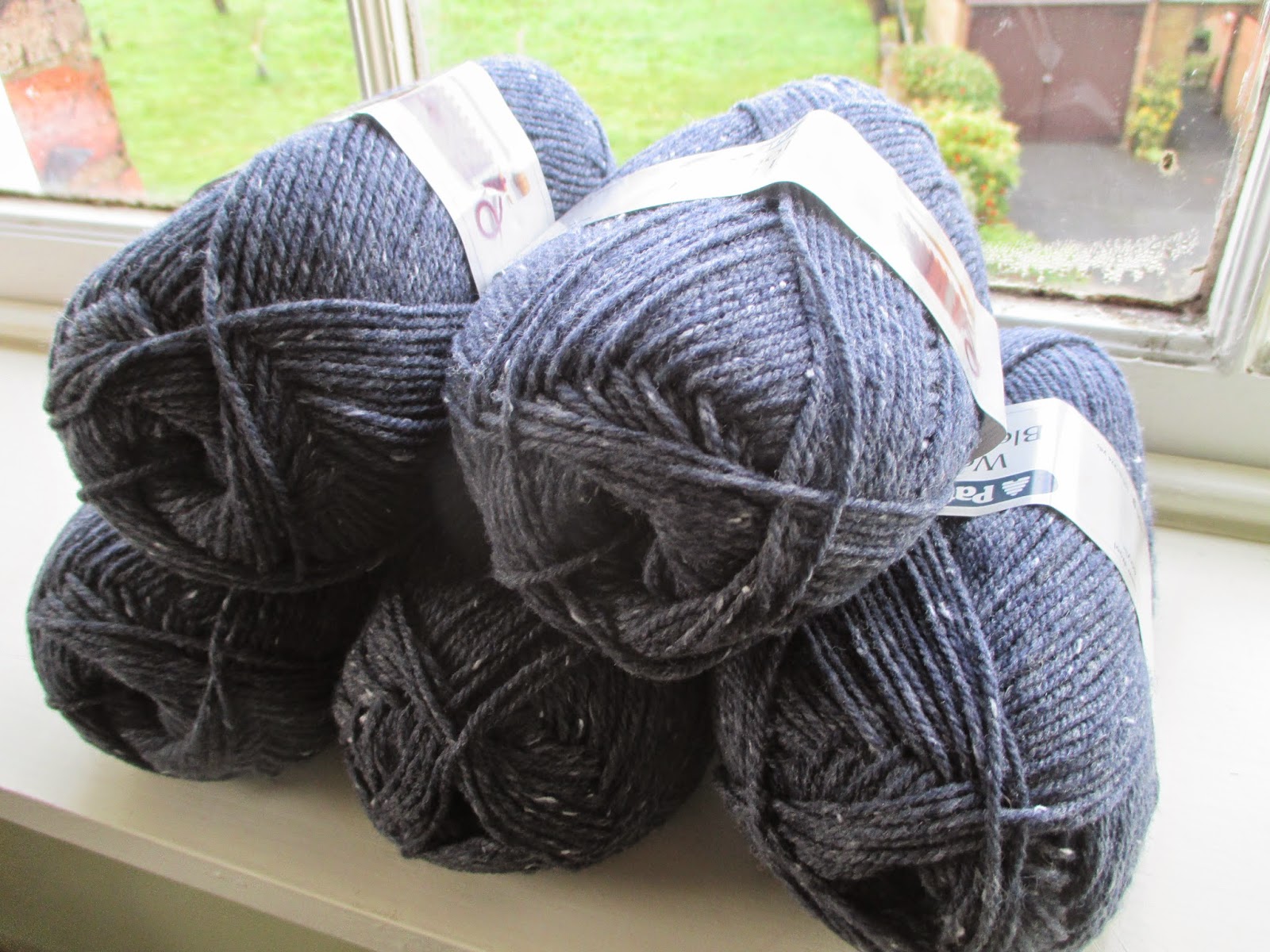 The pattern is from 1985 so you have to see past the styling. I mean lovely as the model is in the photo shoot, my bloke isn't exactly lying around in meadows chewing grass, he is a busy man. He would however be immensely jealous of that Morrisey hair. 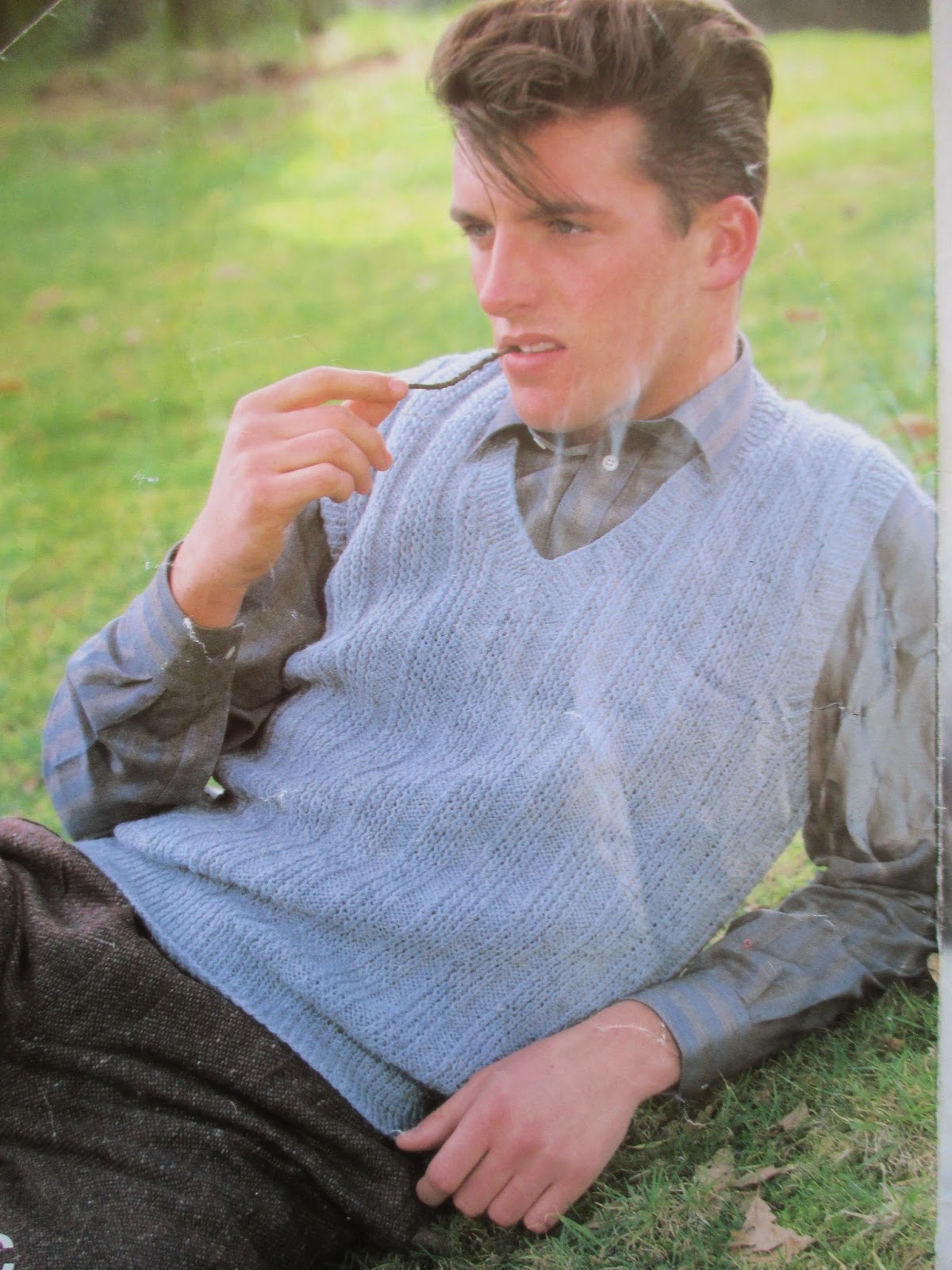 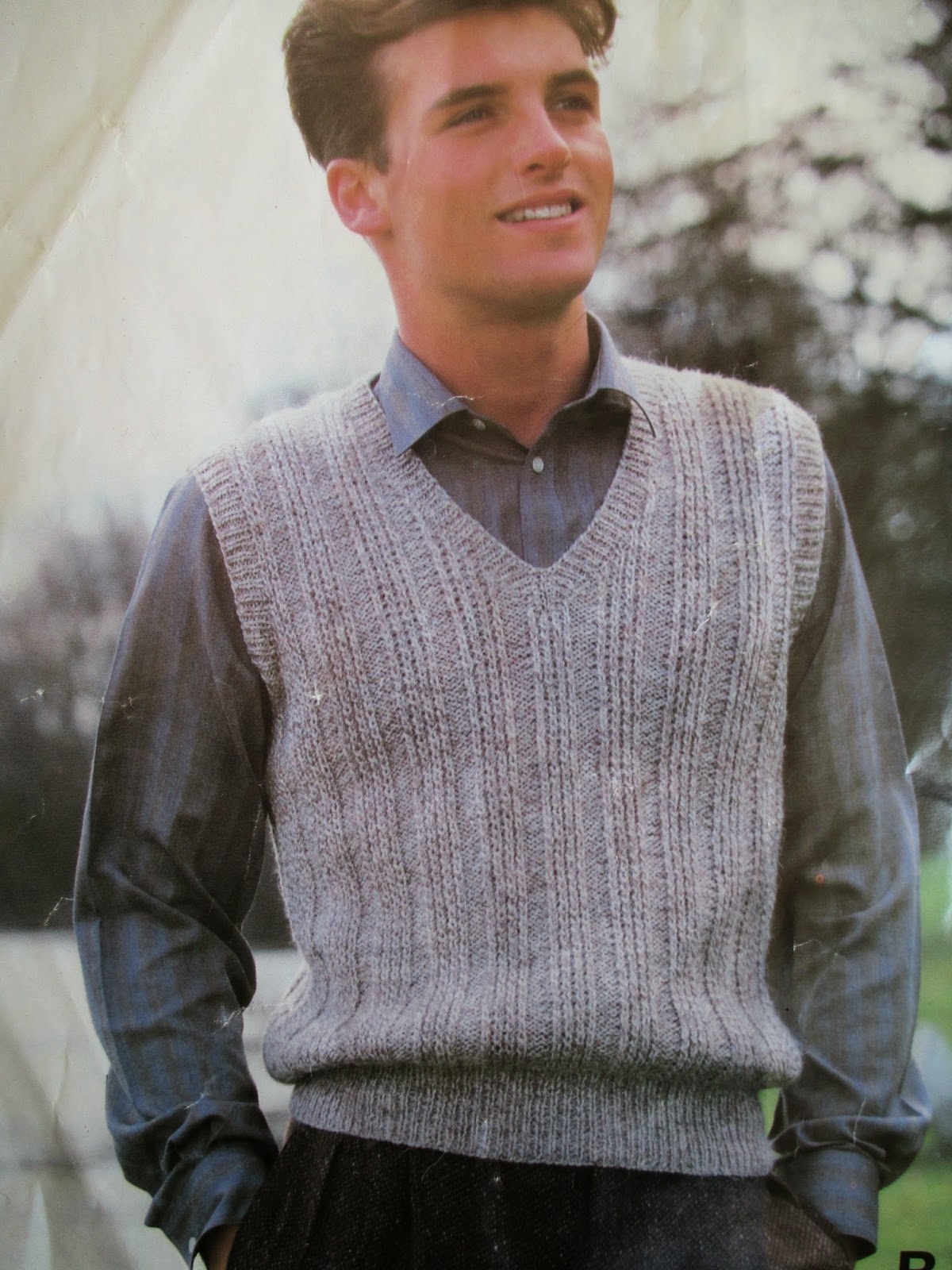 The actual pattern shape for the 'tank top' was pretty sound I thought. 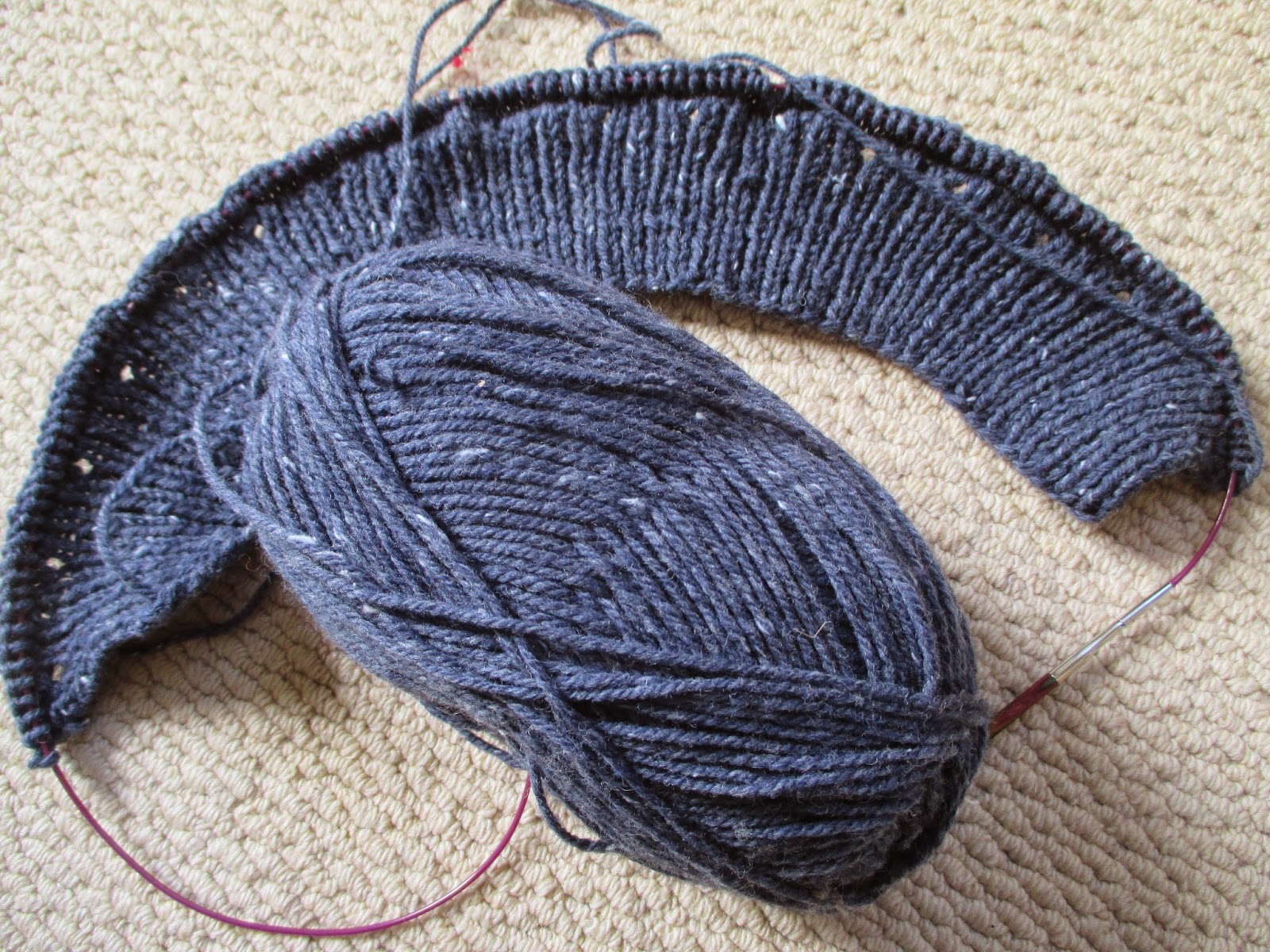 I cast on but one night while he was out I measured it up against his regular jumper and it was way too big. I frogged it on 22nd March. I cast on again in April but I was in no hurry. 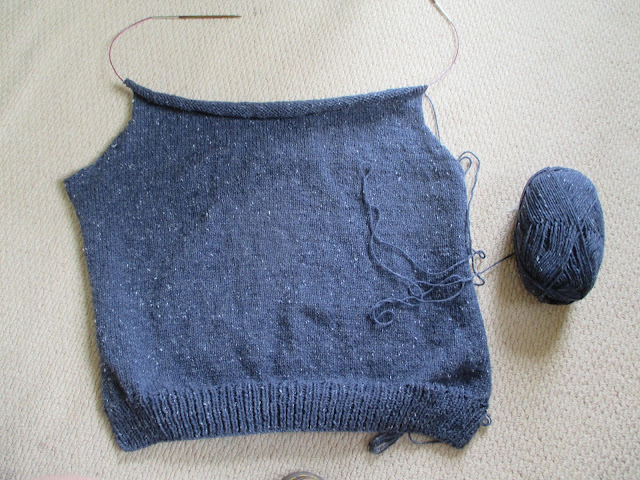 I cast the back off at the end of May and needed to cast on the front. I just had too many other knitting distractions at that time. Still knitting in August.... 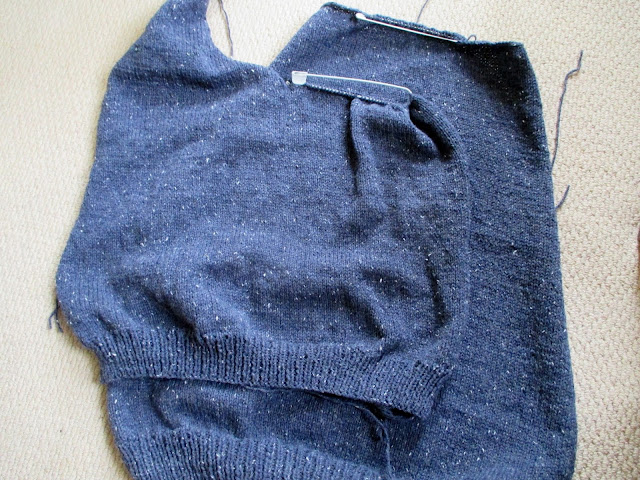 Then over the last two weeks I really went for it to get this one out of my knitting bag. I have fresh ideas popping into my head but I don't want too many WIP's at the moment with my work schedule picking up. 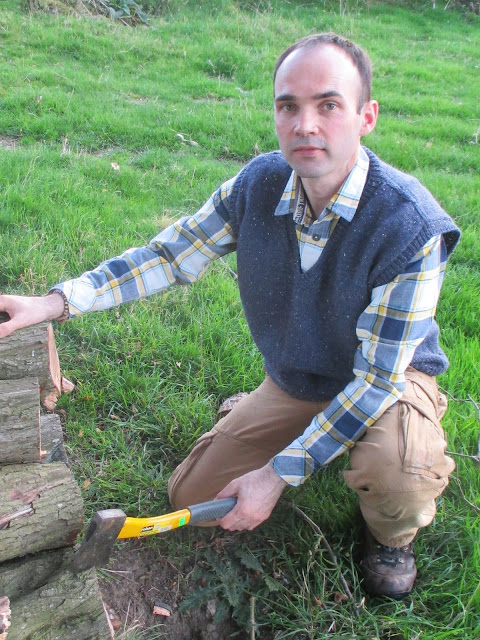 We hadn't got a pipe for one of those manly posing shots on vintage patterns so I caught him with an axe at the cabin. 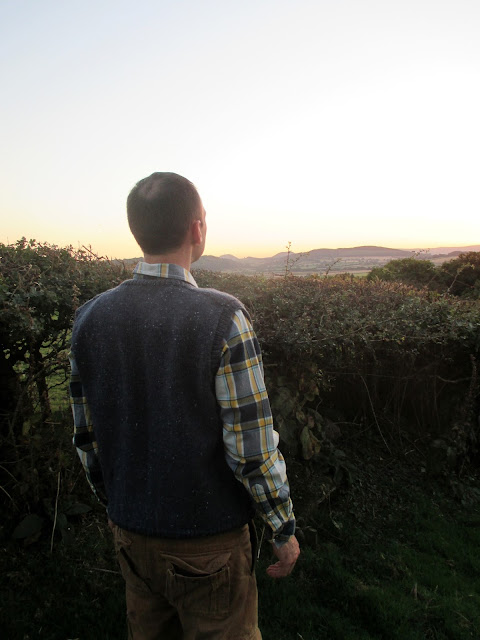 He likes it, because I made it, and that makes me feel nice inside. What is he looking at? The many migrating birds we saw on Saturday night deciding this calm, sunny weekend was a good time to get out of here before it gets too cold. Good job Bloke has a new pullover. 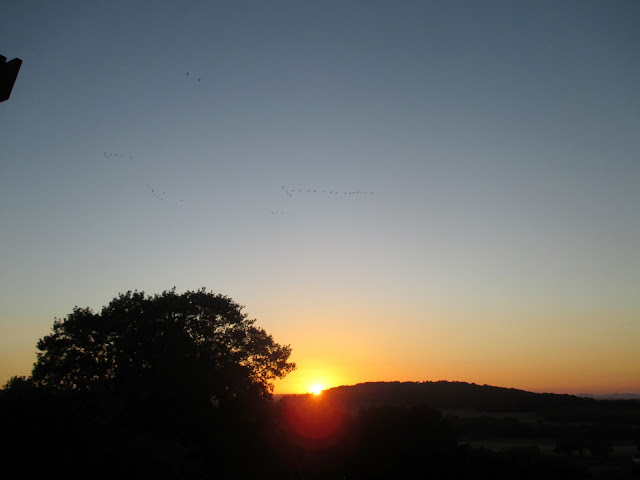