Knitting - lots and lots of yarn from the basket. I have not bought wool for so long now but it feels good to use up what I have. A second child version of the sheep hat and the stripy snood are for the present box and the fairisle one is mine; all mine. 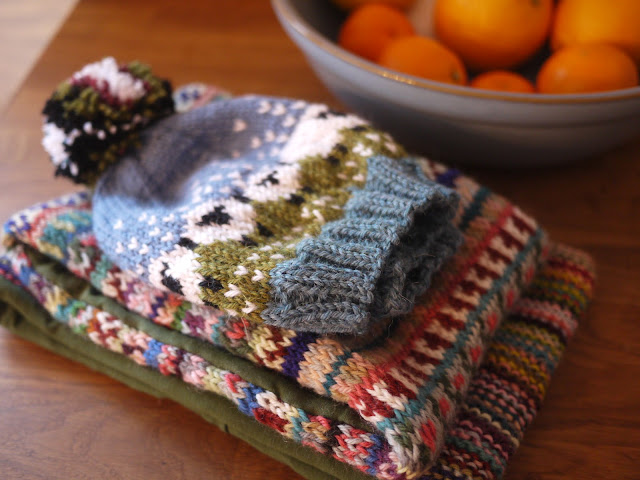 The snood used up the last of the tapestry wool I had been hoarding for several years, I cast on 120 sts and just kept knitting until all the colours ran out - so satisfying. Again, I lined it with some jersey to stop it being itchy. 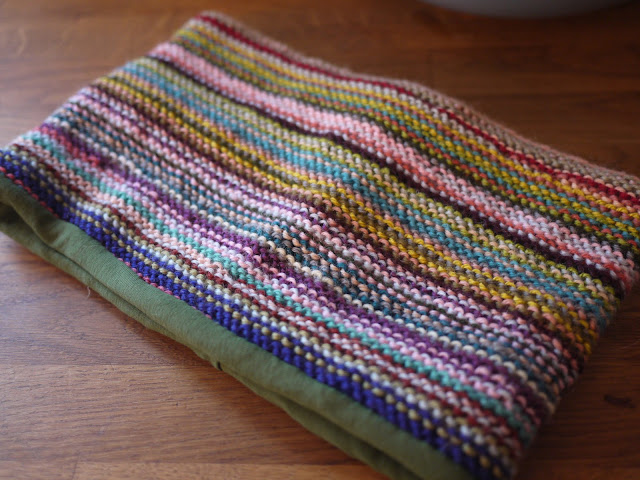 Baking - Toffee apple loaf cake from a blog called Jane's patisserie. Meg loves this blog and is slowly working her way through all of the loaf cakes. 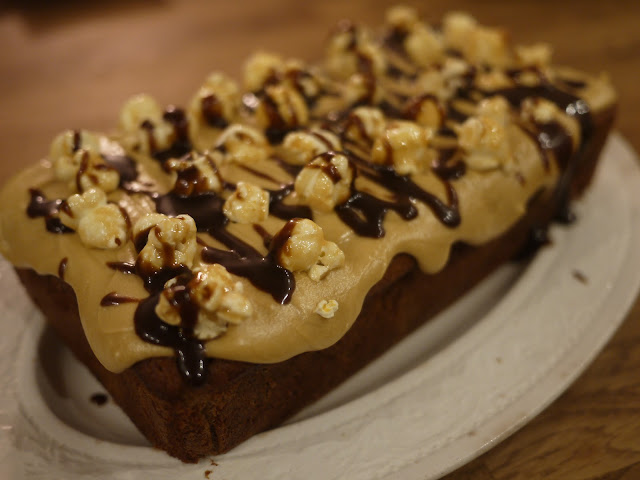 Needing - to get the dog to a groomers but not at the moment. Beano's ears were so shaggy. In the end I washed him, put conditioner in his ears and cut the hair from the bottom of his ears myself. Come to think of it, I need a haircut. I have had one trim in 2019 and the ends are like an over brushed Barbie doll.
Starting - to sew together some scrap strips ready for a quilt of some kind. Just the usual - no plan, just sewing until I think it might work out into something. 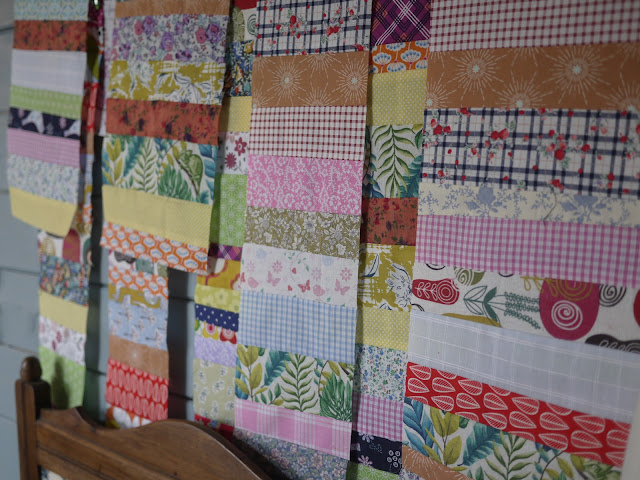 Watching - as the girls started to catch the bug and sew some together too. We try and do school work in the morning and then head out to the studio for a change of scene in the afternoon.

Loving - this nine patch cushion Meg made for her bed.

Joining - the church cleaning rota. The girls got to work sweeping the pews and I did flowers on the altar. It is such a shame that there will be no service on Sunday for people to see them. 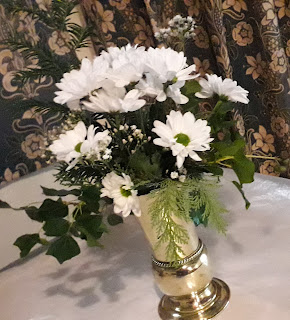 Preparing - the bottle of vodka with the gin kit my brother bought me for Christmas. Fingers crossed.

Losing - my way with some crochet last week. I was trying to make a jumper but the gauge was all wrong and I wasn't feeling it so after 12 motifs decided to cut my losses and make it into a little project bag. It now houses my rotary cutters and replacement blades.

Thinking - about getting a tumble drier. I really don't want to run electricity like that but drying washing is becoming so tricky no that I don't live near a launderette like we used to. I used the Christmas bunting as an indoor line the other day because the sun was shining on the bi-fold doors.

Delighting - you with some wintry views from our fields today. 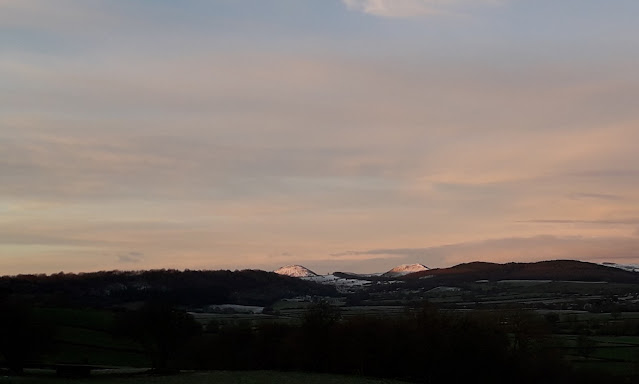 Feeling - lucky to be able to stay safely at home.
Jo xxxx
Posted by Jo at 15:12

Email ThisBlogThis!Share to TwitterShare to FacebookShare to Pinterest
Labels: blogging