This Stevie dress, which I have made over the weekend in little half hour slots, has arrived in my wardrobe just in time for some late summer sunshine. 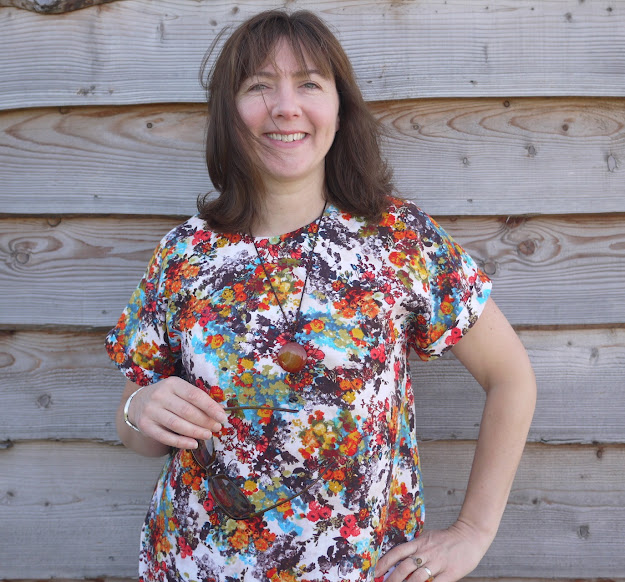 I have made this pattern twice before but this time I made a few changes. 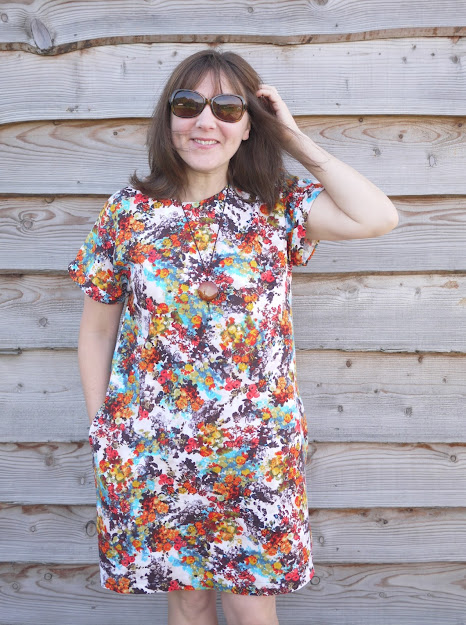 The first one was very good and I have worn it a great deal but I was so excited when the pattern arrived through the letter box that I made it in a hurry. I didn't overlock the seams, I just used pinking shears and sewed it up. In all honesty I thought it would just be a pattern trial. It is sods law that it was one of my favourite dresses which I have worn loads so the seams have all frayed and I have repaired holes which appeared under the arms. The fabric is fading a little too on my first one but it has seen me through three summers. The second one was in some fabric I didn't really like very much in the end so it went to the charity shop. 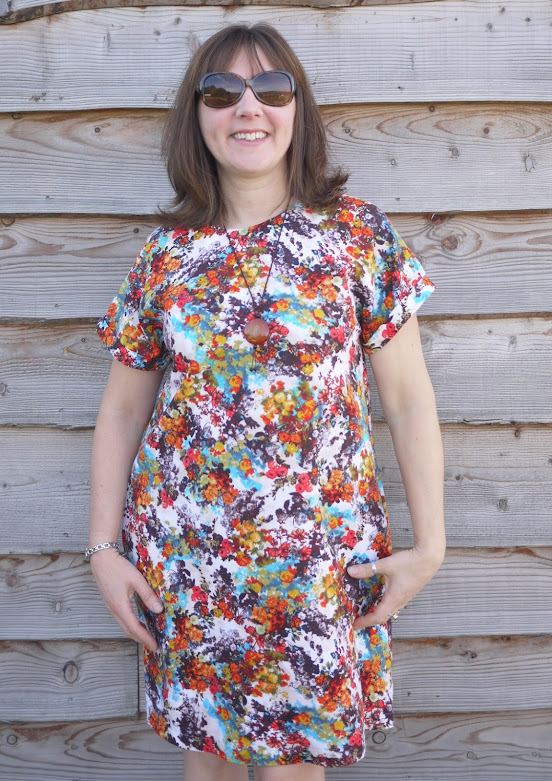 I would have worn the first one more to work but it was a bit short. This time I made it longer. 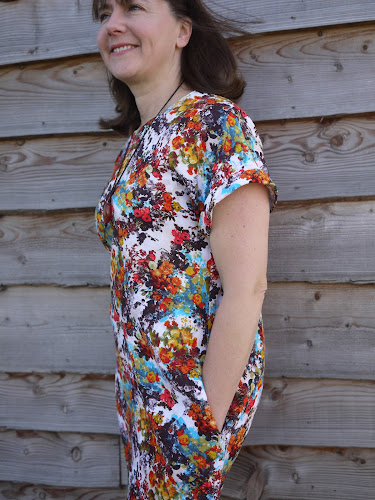 I always wished I had bothered to put pockets in my first one therefore I added some this time. 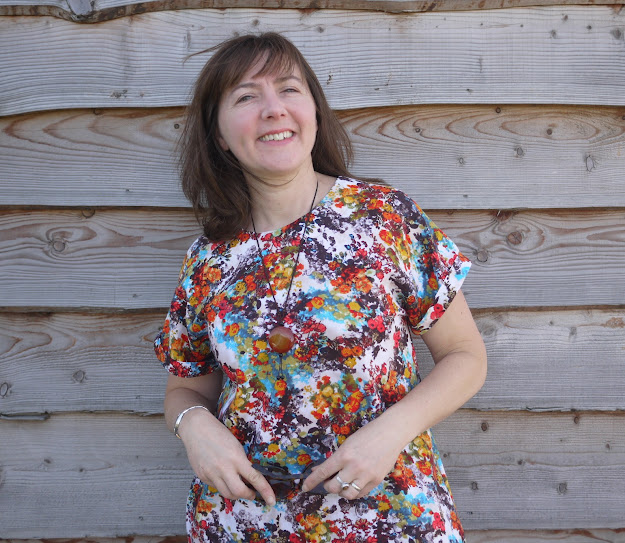 On my first one the sleeve cuffs didn't hold in place very well so I did a small line of stitching on the upper and under arms to keep it turned up. 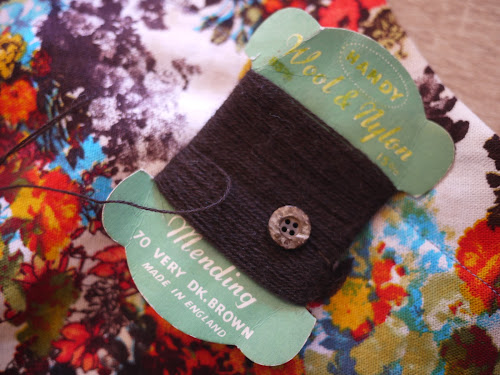 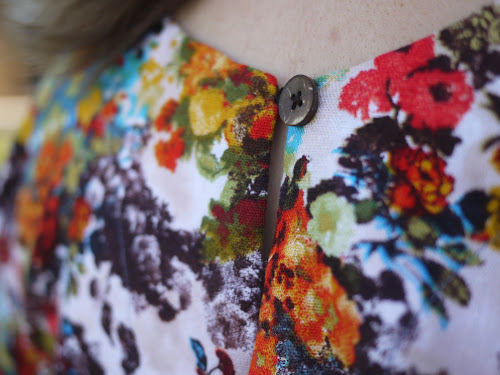 I made the back neck tie version on the first one. The linen mix fabric was too heavy when it was tied in a bow at the back which pulled the front neck line across my throat. It also gave me a strange lump at the back of my neck when I wore a cardigan. Sorted. This time I made a hand stitched loop and added a button. 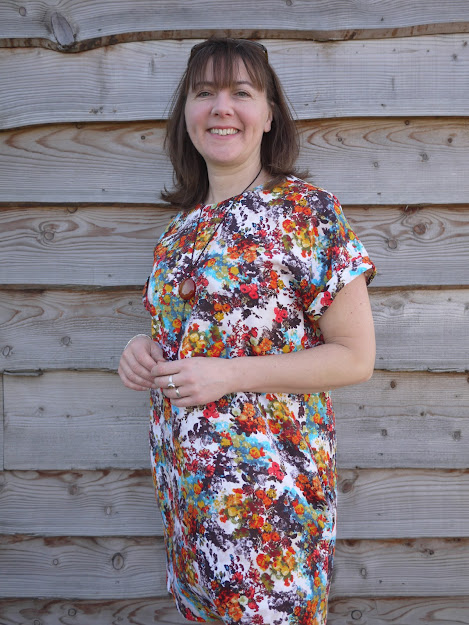 The one thing I did keep the same was the feel of a linen mix fabric. This one is a floral extravaganza which reminds me of some 1970's bark cloth curtains... but in a good way. I can't remember where I got it from unfortunately :( but it makes a great dress.